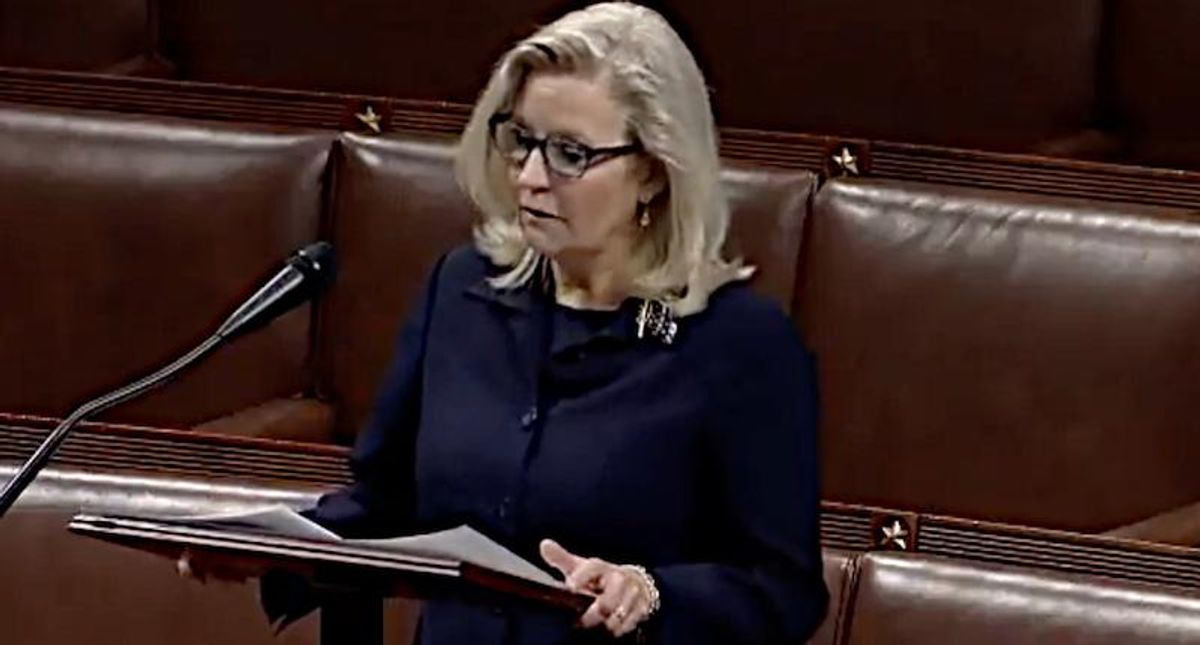 U.S. Rep. Liz Cheney has been expelled from her position of House Republican Caucus Chairwoman in a voice vote that took only minutes. Her "crime": publicly stating that Donald Trump lost the 2020 presidential election.

Before Republicans voted, behind closed doors Wednesday morning Cheney warned her colleagues against allowing themselves be "complicit" with Donald Trump, but freely opened the door for them to vote her out of her leadership position.

“If you want leaders who will enable and spread his destructive lies, I'm not your person, you have plenty of others to choose from. That will be their legacy," she told them according to Politico's Melanie Zanona.

"“We cannot let the former president drag us backward and make us complicit in his efforts to unravel our democracy," she also reportedly said.

“But I promise you this, after today," she told her colleagues, "I will be leading the fight to restore our party and our nation to conservative principles, to defeating socialism, to defending our republic, to making the GOP worthy again of being the party of Lincoln."

Cheney is a hard core conservative and the daughter of Dick Cheney, the former Republican Vice President, former U.S. Secretary of Defense, and also a former Chair of the House Republican Conference.