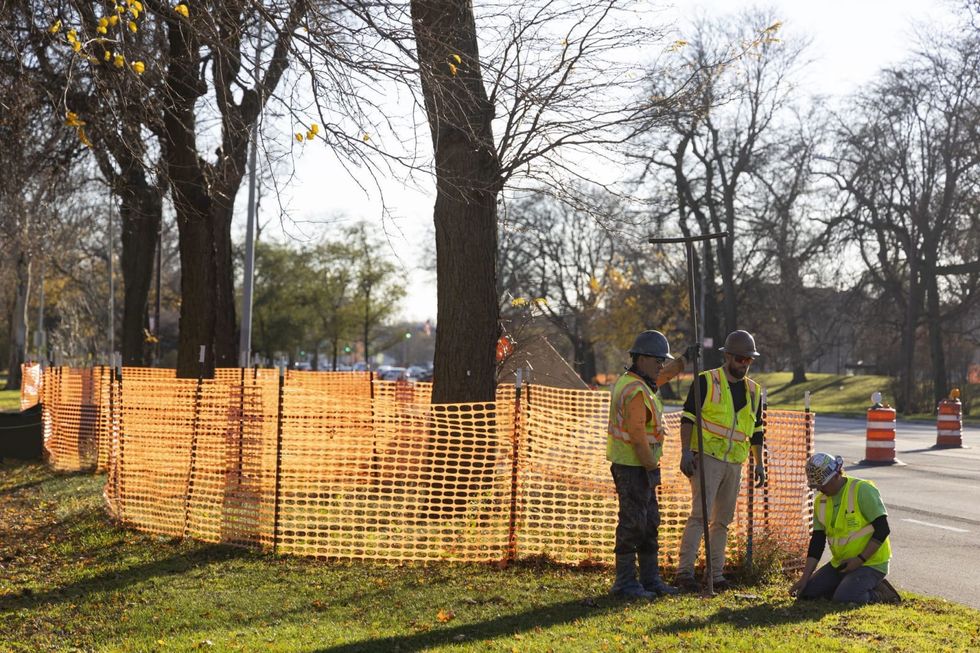 Construction work continues near trees along the 6300 block of South Cornell Drive on Nov. 10, 2022, near the Obama Presidential Center site in Jackson Park. - Brian Cassella/Chicago Tribune/TNS

CHICAGO — Residents of Chicago’s South Side overwhelmingly voted to oppose the removal of thousands of trees because of construction around the Obama Presidential Center and a proposed golf course project. The nonbinding referendum was added to the ballot in seven precincts through the efforts of Save Jackson Park, a group that advocates for the park and South Shore Cultural Center Park. This group is fighting for the city to stop removing trees for the sake of development and instead preserve existing ones due to ongoing public health concerns for the city’s tree canopy. “At what point do we ...