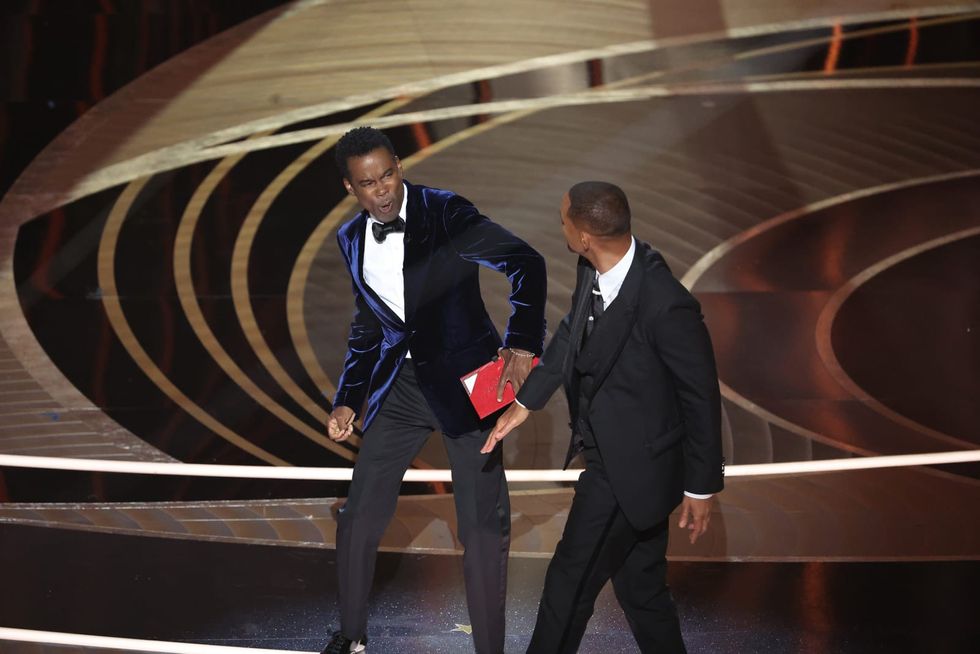 Chris Rock, left, and Will Smith onstage during the 94th Academy Awards at the Dolby Theatre on Sunday, March 27, 2022, in Hollywood, California. - Myung Chun/Los Angeles Times/TNS

Chris Rock’s mom was rocked by the Oscars slap. Rose Rock originally believed she was watching a staged skit when Will Smith slapped her son at last month’s Academy Awards, but realized it was no joke once Smith “started using obscenities,” she told South Carolina news station WIS. “When he slapped Chris, he slapped all of us,” Rose Rock, a motivational speaker, told the TV outlet. “He really slapped me,” she said. Smith walked onstage during the March 27 ceremony in Hollywood and slapped Rock over a joke the comedian told about the shaved head of the actor’s wife, Jada Pinkett Smith. Pinkett ...