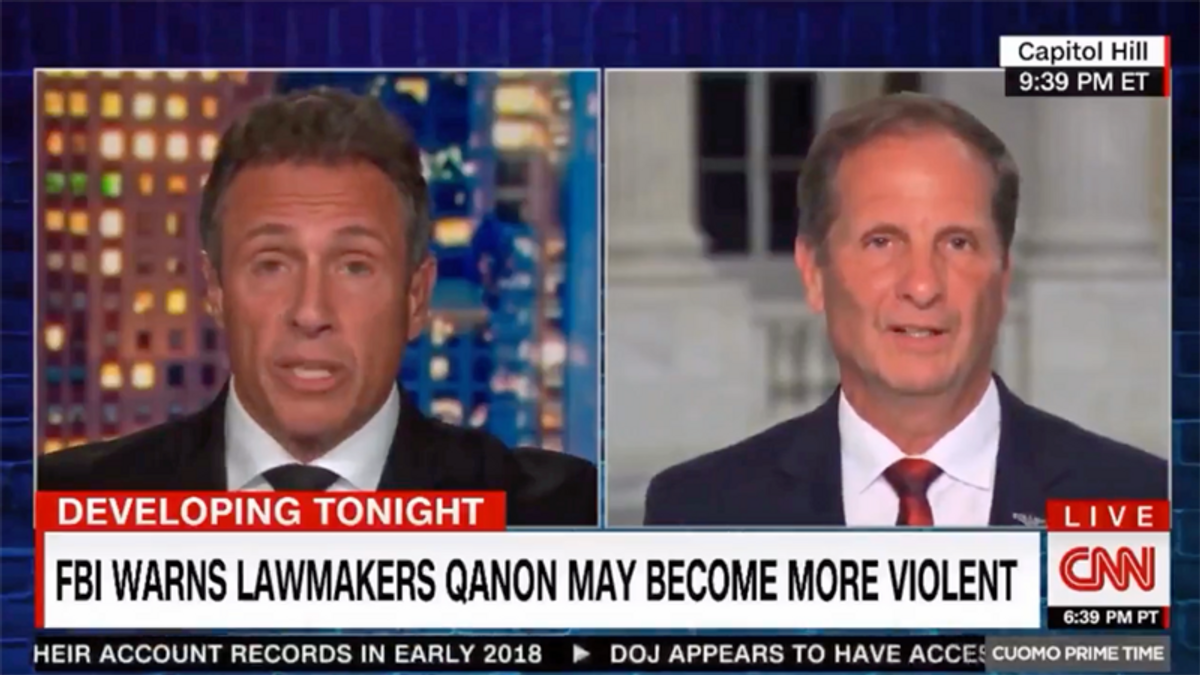 "Chris, that's just nuts for you to say something like 'people you supposedly love,'" Stewart replied, despite his vote against the commission being recorded in the Congressional Record.

"Of course I do," Stewart claimed.

"Then why don't you want to investigate why 100 of them got beat up?" Cuomo asked.

"So why did you insert the word supposedly?" Stewart said, without answering the question the CNN host had asked.

"Because you won't investigate the event," Cuomo noted. "How are they supposed to think you support them?"

At that point Stewart became tongue-tied as he tried to argue he'd explained himself.