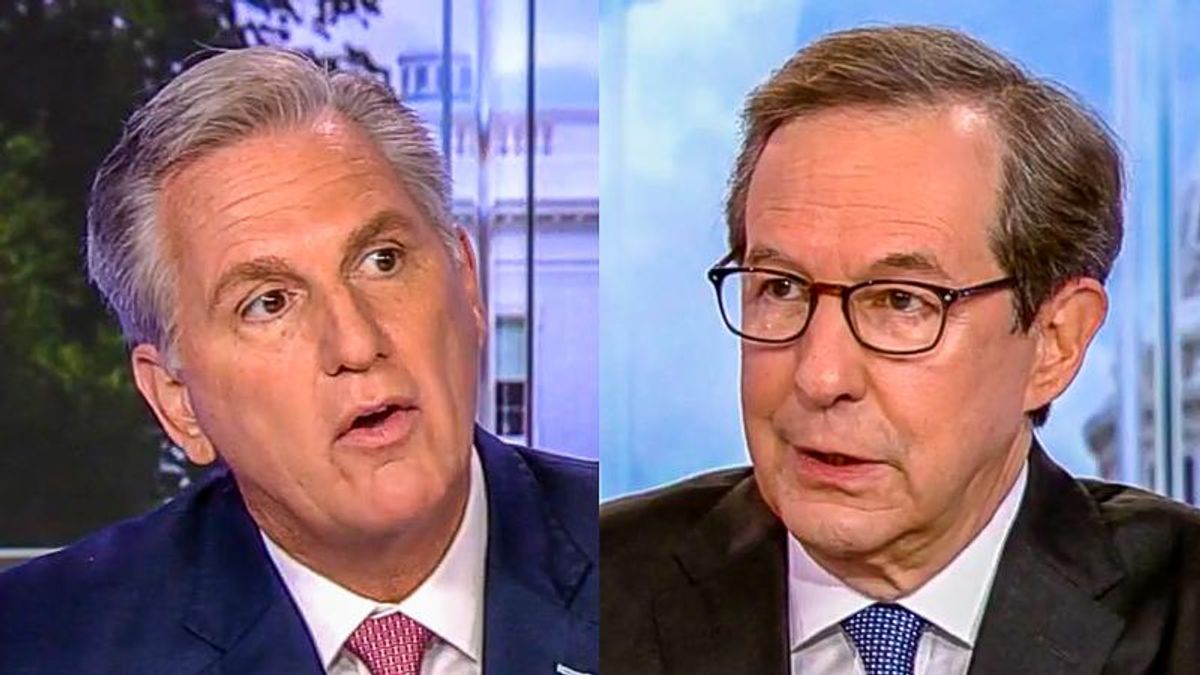 House Minority Leader Kevin McCarthy (R-CA) on Sunday disputed allegations that President Donald Trump reached out to him to coordinate an alibi after the Capitol was attacked by Trump-supporting insurrectionists on Jan. 6.

Fox News host Chris Wallace confronted McCarthy about a telephone call he had with Trump soon after the attack on the Capitol was underway.

"Well, Kevin, I guess these people are more upset about the election than you are," Trump reportedly told McCarthy at the time, according to Rep. Herrera Beutler (R-WA).

"Is she right?" Wallace asked. "Is that what President Trump said to you?"

"What he ended the call, was saying -- telling me he'll put something out to make sure to stop this [riot]," McCarthy said. "And that's what he did. He put a video out later."

"Quite a lot later," Wallace pointed out. "And it was a pretty weak video. But I'm asking you specifically. Did he say to you, some people are more concerned about the election than you are?"

Wallace pressed: "Has the president ever reached out to you since that report came out to discuss what you and he talked about in the January 6th phone call? And did you say to him, 'I can't because we're under oath.'"

"And if it did happen, you would agree that would be witness tampering?" Wallace observed.

"Yeah, but it never happened!" McCarthy said. "Never even came close, never had any conversation like that."