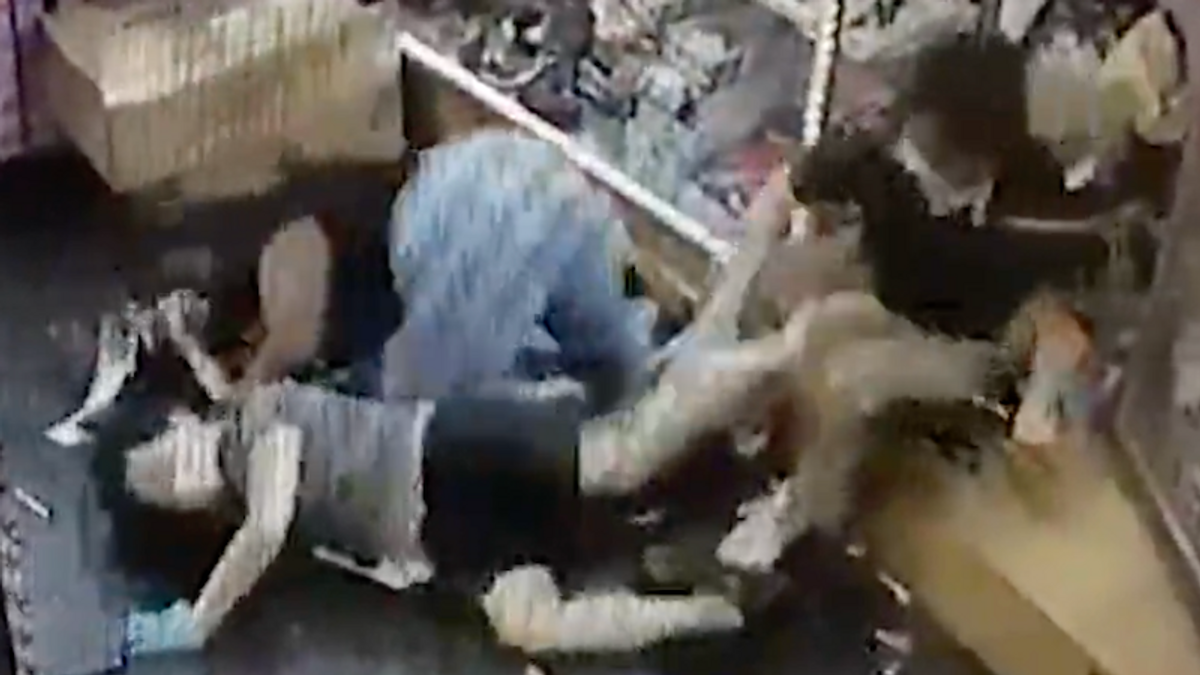 The horrifying video shows the suspect leaping behind the counter, before savagely beating the couple, destroying displays, and dragging the woman across the floor by her hair, leaving her unconscious.

"May I please have my items please. I will leave and get out of your hair," the suspect says in a cell-phone video taken by the owners. "You will never see me in your store again. All I'm trying to do is get my items, that's it. I'm not being belligerent."

The owners respond, "We cannot give you anything because it's not cleared," adding that her prepaid card is "empty."

After the suspect raises her voice and begins cursing, the female co-owner tells her husband to call the police — setting off the woman's violent attack.

David Jo, the store owners' son, told the station: "Watching them be so helpless and beaten so brutally was tough to watch. Just because they're so weak and helpless, she decided it would be OK to attack them, which is unbelievable to me, over an $11 purchase.

"I just saw my mom today and she's all bruised up, her hair's been pulled out, she has bruises all over her body. My dad's mouth was all bloodied up," Jo added.

Jo described his parents as "proud people" who are both in their 60s, and have operated the store for five years.

"All they want to do is work hard and make it here, as any immigrants do, when they come in and try to make a better life for their children," he said. "I need to find this person and make sure she's held accountable for the damages she's caused."

Despite their injuries, his parents went back to work on Monday to clean up the store, Jo said.

Police say the woman is wanted for felonious assault and vandalism — adding that hate crime charges are also possible.