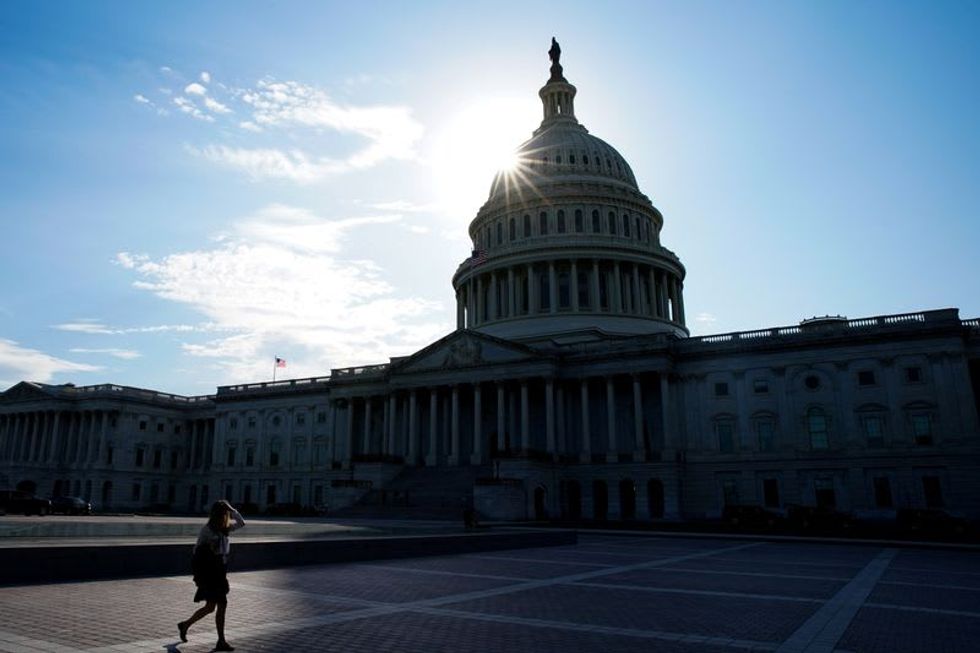 WASHINGTON (Reuters) - The U.S. Congress on Wednesday had just two days left before the federal government begins shutting many of its operations unless Democrats manage to pass a bill providing new funding for the fiscal year that begins on Friday.

Democratic leaders in the House of Representatives and Senate were expected to put a temporary funding bill, possibly extending through Dec. 3, up for a vote as soon as Wednesday in the hope that Republicans will support it.

Passing that would head off one crisis for President Joe Biden's Democrats - who campaigned on a platform of responsible government after Republican Donald Trump's turbulent four years in office.

But more risks are ahead as progressive House Democrats are vowing to vote against a $1 trillion infrastructure bill set to come to the floor on Thursday, due to intraparty fights over a much larger social spending bill.

Behind it all looms the threat of the federal government hitting its $28.4 trillion debt ceiling around Oct. 18, an event that could cause a historic default.

With such a daunting agenda hanging in the balance, Biden canceled a Wednesday trip to Chicago so that he could lead negotiations with Congress, the White House said.

The House and Senate may vote on a separate bill that temporarily lifts the debt limit, although that is the subject of a bitter partisan fight.

Senate Republicans refuse to vote for it, telling Democrats to act alone, while Senate Majority Leader Chuck Schumer has demanded bipartisan cooperation on a measure to address debts racked up during Democratic and Republican administrations.

That left Democrats scrambling to find a way to pass a bill and avert a federal debt default that likely would put financial markets into a tailspin.

"There's a number of options but you can take it to the bank Democrats will not let the government default even if Republicans will not vote for it," Democratic Senator Tim Kaine predicted.

Investment bank Goldman Sachs this month described the standoff as "the riskiest debt-limit deadline in a decade."

Amid all this, Biden is holding intensive negotiations with his fellow Democrats in Congress on a $3.5 trillion bill to expand social programs and address climate change. Multiple senior Democrats have said that bill will need to be scaled back to pass.

"We're still meeting in good faith," moderate Democratic Senator Joe Manchin told reporters following a 90-minute meeting with Biden. He said the overall dollar amount of the bill was not even discussed much less agreed on yet.

With deep divisions between Democratic moderates and progressives over the size and scope of that measure, it appeared unlikely they would meet their end-of-week goal of presenting a bill to the rank and file.

The disarray deepened when House Speaker Nancy Pelosi stepped back from her promise to move the far-reaching legislation alongside the $1 trillion infrastructure investment bill that already has cleared the Senate on a bipartisan vote.

Progressive Democrats have threatened to vote against the smaller bill unless the larger one is nailed down first.

Representative Pramila Jayapal, who heads the Congressional Progressive Caucus, told reporters on Tuesday that she thought the vote on the infrastructure bill could be delayed.

Moderate Democratic Representative Josh Gottheimer, referring to the infrastructure bill, struck a more optimistic tone, saying: "We’ll get the votes, we'll land the plane and we’ll get this done."