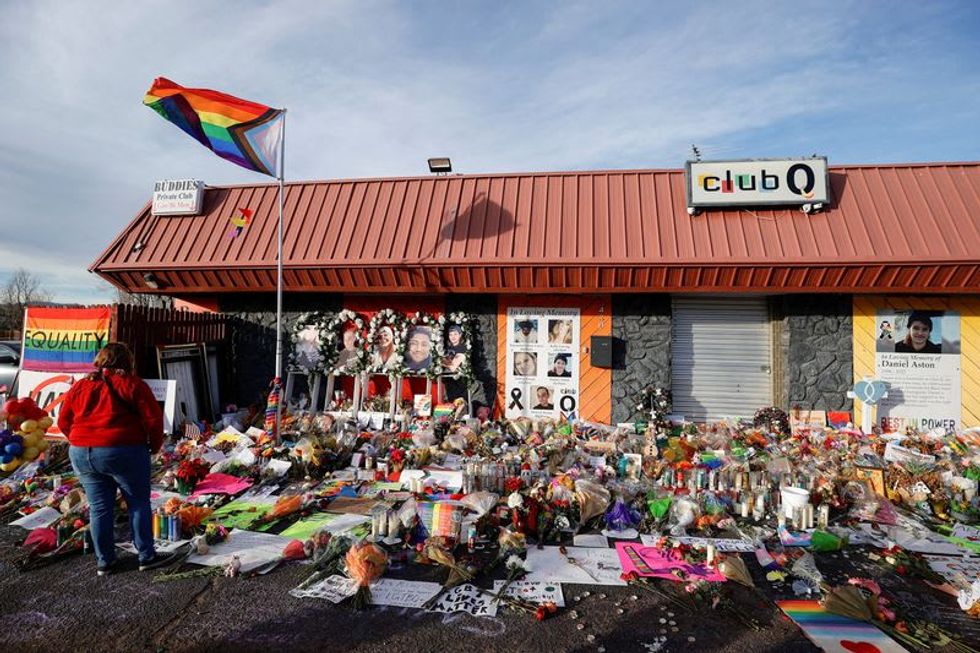 DENVER (Reuters) -The man accused of killing five people at an LGBTQ nightclub in Colorado was arrested last year on charges of threatening violence, but a judge dismissed that case because the alleged victims declined to cooperate, a prosecutor said on Thursday.

Allen said he wanted to counter what he called a "false narrative" about the 2021 case suggesting the authorities did not pursue it or missed an opportunity to prevent the deadly shooting nearly three weeks ago.

Aldrich, 22, is being held without bail on more than 300 counts including murder, attempted murder, hate crimes and assault stemming from the Nov. 19 rampage at Club Q in Colorado Springs, which killed five and wounded 22.

The El Paso County Sheriff's Office said Aldrich had been arrested in June 2021 over allegations that the suspect had threatened to detonate a bomb and harm a family member.

Questions about the outcome of that arrest went unanswered under a Colorado law barring authorities from discussing a case in which charges are dismissed or never formally brought.

At Thursday's news conference, Allen said that after initially giving statements implicating Aldrich in the 2021 case, his mother and grandparents testified on the suspect's behalf for a bail reduction.

After victims declined to testify for the prosecution, the judge threw out the case, Allen said.

Attempts by Reuters to reach Aldrich's mother and grandparents for comment were not immediately successful.

Allen said deputies seized a handgun and a rifle from Aldrich in the 2021 case, and those weapons were still in police custody when the nightclub massacre occurred. A different rifle and handgun were recovered from the Club Q shooting.

Aldrich is due back in court in February for a scheduled three-day preliminary hearing.