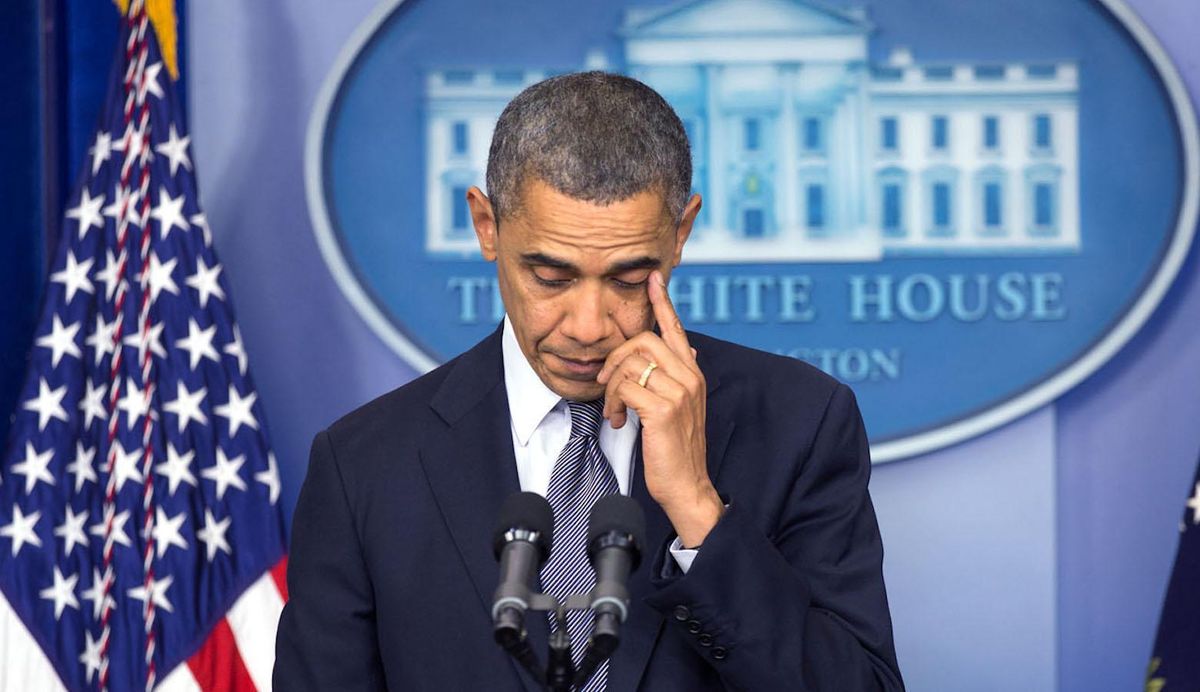 For four years, Donald Trump and his followers mocked Democrats as congenital failures and weepers of "liberal tears." On the 2020 trail, Trump imagined a fistfight he might have with Joe Biden (a famous male weeper), promising his followers that Biden "would go down fast and hard, crying all the way." Madison Cawthorne (R-NC), celebrated winning a Congressional seat last year by tweeting: "Cry more, lib."

It was a ritual in 2020 for Trump supporters to taunt Democrats for crying or, like a bully on a playground, anticipate with delight the tears that would flow from liberal eyes when Trump and his allies scored another victory.

But Biden won, and crying may be back. On Monday, his nominee for attorney general, Merrick Garland testified before some of the same senators who refused him a Supreme Court hearing in 2016. Garland stopped to compose himself as he told the story of his grandparents' flight from antisemitic violence, and his "obligation to the country to pay back" for their lives. While some outlets respectfully described him as "emotional," others noted that Garland was "tearing up" as he spoke.

Of course, this kind of bullying is not entirely conservative. It is also good business. Just as you can purchase bacon-scented gun oil branded as liberal tears, there are coffee mugs for sale that hold "alt-right tears," "white tears," "MAGA tears" and the tears of men who are white, straight, and just plain mediocre.

But history skews towards weeping as a conservative slur. From the 1890s through World War I, Progressive men were taunted by their "red blood" opponents as effeminate "mollycoddles" prone to breaking down in tears. Women were excluded from voting until 1920, and then from office holding for another half-century because their tears were seen as the opposite of reason. A 2019 study showed that one in eight Americans still believe women are too emotional to hold office.

While President Dwight Eisenhower was known to have a good cry when asked to recall the sacrifices of World War II, male tears largely remained a sign of political weakness and failure for most of the 20th century. In 1952, then-Senator Richard Nixon cried when confronted with a fundraising scandal. Jimmy Carter was widely reported to have wept when he lost the 1980 election while the victor, Ronald Reagan, never shed a tear in public and was famous for displays of masculine anger.

That changed with Bill Clinton, who may have done more than any modern liberal to rehabilitate crying and associate it with the Democratic party. While Clinton cried very little as president, photographers often caught him in tears as he watched the former First Lady succeed as a politician after 2000.

The association between crying and authenticity was cemented in the 2008 New Hampshire primary when a TV crew caught the normally restrained Hillary Clinton on the brink of tears, a personal moment that gave her a victory over Barack Obama. By 2016, Obama had cried so frequently in public that it was said to be "revolutionary."

Obama's emotional honesty may have encouraged other men to cry too, even Republicans. John Boehner, who cried when he became speaker of the House in 2010, routinely wept when asked about his bootstrap story. And Glenn Beck, who wept so much— faith, family violence, and George Washington were a few triggers—that he was suspected of faking it and characterized by Trump during the 2016 campaign as a "weird guy" who was "always crying."

Trump hated tears. He announced on the eve of his inauguration that he never cried because he liked "to get things done." Not crying, as if others wept at the drop of a hat, became part of the Trump brand. While Melania Trump was said to have cried in despair when her husband was elected, she never cried in public: Trump once said proudly that she wouldn't cry if he died. Although Ivanka is said to cry when calling editors to have negative publicity retracted, no one in the Trump family has been photographed in tears.

And ironically, the false narrative of Trump's victory still hinges on tears. "Gimme four more years," a white adolescent boy lip-synced on TikTok last week, draped in a Trump flag. "What comes next? Liberal tears." Bumper stickers and tee shirts that used to read "Trump 2020: make liberals cry again" have been updated for an anticipated 2024 campaign.

They are now on sale at Amazon: because the only losers are people who cry.