Were the 9/11 attacks preventable? A historian explains 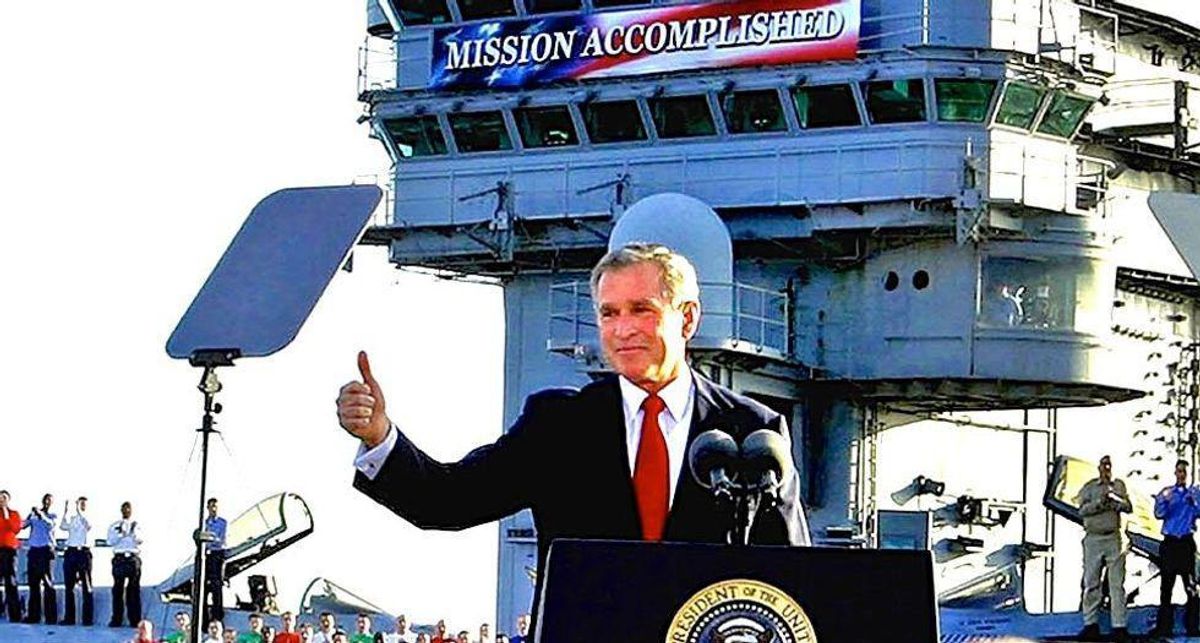 It has now been twenty years since the terrorist attacks of September 11, 2001 plunged the nation into shock, consternation, grief, and fear. Amid the despair over the loss of nearly three thousand lives and the anxieties about further strikes, many questions arose over how such a devastating blow on American soil could have happened. The most important of them was also the most elusive: were the attacks preventable? After two decades of investigation, the answer remains an equivocal "perhaps."

Presidents Bill Clinton and George W. Bush were well aware that the Islamist militant Osama bin Laden and his Al Qaeda network posed a serious threat to American interests and lives. Clinton compared him to the wealthy, ruthless villains in James Bond movies. To combat the dangers that Al Qaeda created, he and his advisers considered a wide range of military and diplomatic options that ranged from kidnapping bin Laden to U.S. military intervention in Afghanistan. But the use of cruise missiles against Al Qaeda camps in Afghanistan in 1998 produced acutely disappointing results. Other military alternatives seemed too risky or too likely to fail and diplomatic initiatives proved fruitless.

During the transition after the 2000 presidential election, Clinton and other national security officials delivered stark warnings to the incoming Bush administration that bin Laden and his network were a "tremendous threat." The immediacy of the problem was heightened by Al Qaeda's bombing of the destroyer USS Cole in the harbor of Aden, Yemen in October 2000, which caused massive damage to the ship and claimed the lives of 17 crew members. Clinton and his advisers strongly recommended prompt consideration of the options they had weighed.

Bush and high-level national security officials were not greatly impressed. They regarded terrorism as an important but not top-priority problem. The president later revealed that he did not feel a "sense of urgency" about bin Laden and that his "blood was not . . . boiling."

The Bush administration viewed Clinton's campaign against Al Qaeda as weak and ineffective, and it was dismissive of the advice it received. Rather than drawing on the experiences of its predecessor, it embarked on the preparation of a "more comprehensive approach" that National Security Adviser Condoleezza Rice believed would be more successful. During the spring and summer of 2001, it worked at an unhurried pace, even in the face of dire warnings from the U.S. intelligence community that Al Qaeda was planning attacks that could be "spectacular" and "inflict mass casualties," perhaps in the continental United States.

Eight months after he took office, Bush's White House completed its comprehensive plan to combat Al Qaeda. The steps it included in the form of a National Security Presidential Directive (NSPD) were strikingly similar to the options the administration had inherited from Clinton. The final draft of the NSPD called for greater assistance to anti-Taliban groups in Afghanistan, diplomatic pressure on the Taliban to stop providing bin Laden safe haven, enhanced covert activities in Afghanistan, budget increases for counterterrorism, and as a last resort, direct military intervention by the United States. This proposal was little different in its essentials than what the Clinton administration had outlined, and it offered no novel suggestions on how to carry out its objectives more successfully. Deputy Secretary of State Richard Armitage later commented that there was "stunning continuity" in the approaches of the two administrations.

The NSPD landed on Bush's desk for signature on September 10, 2001.

The troubling question that arises is: could the calamities that occurred the following day have been prevented if the NSPD had been approved and issued earlier? There is no way of answering this question definitively; it is unavoidably counterfactual. Yet it needs to be considered. The 9/11 plot was not so foolproof that it could not have been foiled by greater anticipation and modest defensive measures.

The threat that Al Qaeda presented was well known in general terms within the national security apparatus of the federal government, even if specific information about possible attacks was missing. But responsible officials and agencies did not do enough to confront the problem. A presidential statement like the NSPD of September 10, if distributed sooner, could have called attention to the dangers of potential terrorists present in the United States. The CIA and the FBI failed to track the whereabouts or investigate the activities of two known Al Qaeda operatives who lived openly in California for about 20 months, took flying lessons, and participated in the hijackings on 9/11.

On July 5, 2001, high-level officials from seven agencies received a briefing from the National Security Council's National Coordinator for Counterterrorism, Richard A. Clarke. He cited the dangers that Al Qaeda presented and the possibility that it "might try to hit us at home." The agencies responsible for homeland security did not react in meaningful ways to the warning, largely because a terrorist strike seemed far less likely in the territorial United States than abroad. Perhaps an earlier NSPD, armed with the weight of presidential authority, would have sharpened the focus on the risks of a terrorist plot within America and galvanized security officials and agencies into effective action. Perhaps, for example, the Federal Aviation Administration would have tightened airline boarding procedures or made terrorists' access to cockpits more difficult. The FBI instructed its field offices to make certain they were ready to collect evidence in the event of a terrorist assault, but it did not order them to take any special steps to prevent an attack from occurring.

Even if the "what-if" queries surrounding the failures that allowed 9/11 to happen cannot be answered, we can agree with Condoleezza Rice's heartfelt admission in her memoirs: "I did everything I could. I was convinced of that intellectually. But, given the severity of what occurred, I clearly hadn't done enough." Earlier adoption of the NSPD might not have made a difference. But the haunting thought remains that it might have spared America the agony of 9/11.

J. Samuel Walker has served as a historian for the United States Nuclear Regulatory Commission and is the author of the just-published book The Day that Shook America: A Concise History of 9/11 (University Press of Kansas).