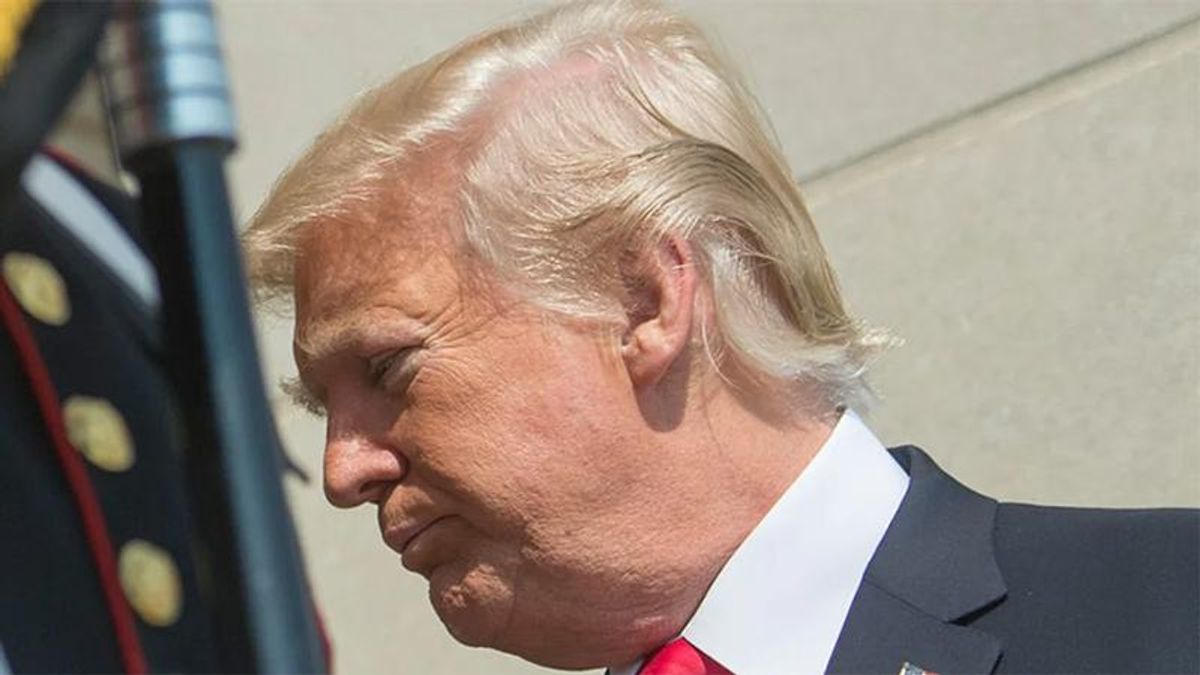 Republicans lost nearly 7.1 million voters in the 2020 election. Ahead of the 2020 election GOP voter registration was falling with Independents outnumbering the party for the first time, the Washington Post said. After the attack on the Capitol on Jan. 6, GOP voter registration fell even more, with Trump supporters and moderates not wanting to be associated with a party that attempted to overthrow an election, NBC News said.

As NBC News' Jonathan Allen wrote, Republicans in the House and Senate have taken that to mean they should double down on Trumpism and oppose every piece of legislation brought by Democrats.

"Republicans took a counterintuitive lesson from losing the presidency and the Senate: never change," said Allen.

The "American Rescue Plan," was signed into law Thursday by President Joe Biden and people could have checks in their accounts as soon as this weekend, the White House said.

Democrats met with Republicans and Biden had a collection of them over to the White House, but Republicans refused to deal. Biden's proposal was just shy of the one that former President Donald Trump and the GOP passed. Instead, they proposed to Biden that the bill be just $600 billion, a difference of $1.3 trillion.

Biden never got an answer. So, he and the Democrats went at it alone, with as much as 77 percent support among Americans, the early polls showed. That included 64 percent of support among Republican voters, but it was when President Donald Trump was still in office. Once Biden took over, support for the relief package fell among Republicans but remained high at 70 percent according to a Pew Research Survey.

Instead, the White House has fielded attacks from Republicans claiming they weren't invited to participate in the bill.

"Democrats didn't try to make this bill bipartisan; in fact, they actively tried to make sure Republicans didn't have a voice in this legislation," whined Senate Republican Whip John Thune (R-SD). His fellow South Dakota senator, Mike Rounds, was one of the members invited to the White House to negotiate with Biden.

The other GOP senators invited were Susan Collins of Maine, Lisa Murkowski of Alaska, Mitt Romney of Utah, Shelley Moore Capito of West Virginia, Todd Young of Indiana, Jerry Moran of Kansas, Bill Cassidy of Louisiana, Rob Portman of Ohio, and Thom Tillis of North Carolina. They spoke with Biden for hours, but Republicans wouldn't come to an agreement.

"Thune is right that the legislation is not what Republicans would have written, and that it includes money for items like a union-pension bailout that can't credibly be claimed as a response to the coronavirus pandemic," said the NBC News report. "But neither was it necessary for Trump's Treasury Department to design a business-loan program that gave money to polo-team and private-jet owners."

It's also not accurate to call those getting public pensions, those who lost their jobs and all American state governments "Democrat interest groups" and "Democrat states."

As the White House takes off on a victory tour, Republicans went on a days-long tirade about Dr. Seuss being "canceled" by "liberals." The Seuss Estate actually made the free market decision to stop publishing six of its books.

"It is politically risky, but Republicans were shut out of the process in putting the relief package together so they are counting on news of massive waste, fraud and abuse that they can point out before the next election," said veteran Republican strategist Ron Bonjean.

House Speaker Nancy Pelosi is already calling out Republicans for touting the bill to their districts after voting against it. At her weekly press conference, she called it "vote no and take the dough."