Crypto assets shed $800 billion in market value in a month 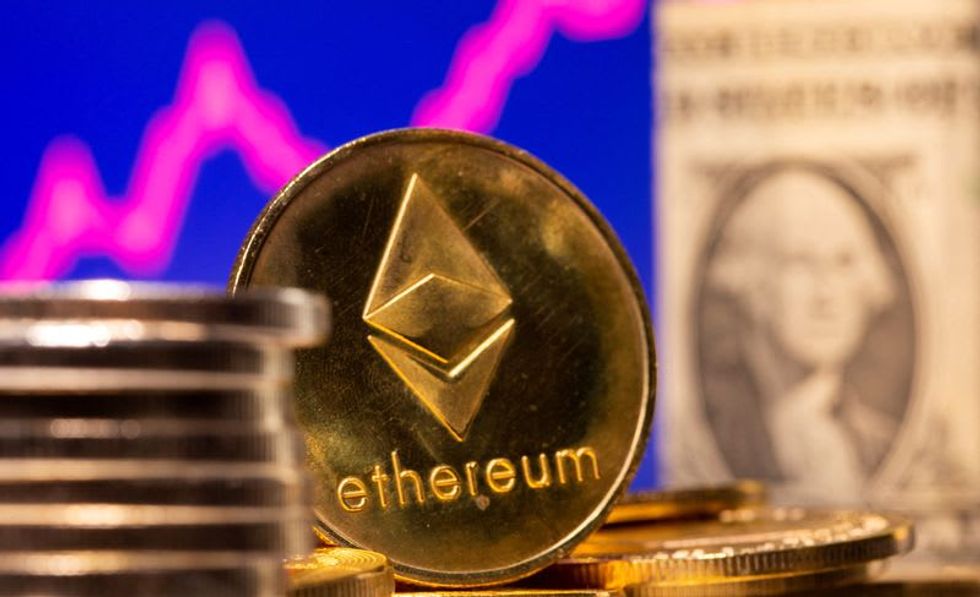 (Reuters) - Crypto assets bled nearly $800 billion in market value over the past month, touching a low of $1.4 trillion on Tuesday, according to data site CoinMarketCap, as the end of easy monetary policy diminishes appetite for risk assets.

Digital asset prices have slumped, mirroring a plunge in equities on fears of aggressive interest rate hikes across the globe to stave off decades-high inflation. The tech-heavy Nasdaq was down 28% from its November 2021 record high.

Total crypto market value was at $2.2 trillion on April 2, well off of its all-time peak of $2.9 trillion in early November, as per CoinMarketCap.

"Bitcoin remains highly correlated to the broader economic conditions, which suggest the road ahead may unfortunately be a rocky one, at least for the time being," blockchain data provider Glassnode said in a note.

Signs of weakness in stablecoins, typically a safer crypto currency, further spooked investors. TerraUSD, the world's fourth-largest stablecoin, lost a third of its value on Tuesday as it lost its peg to the dollar.

Despite bitcoin's price slump, funds and products linked to it posted inflows of $45 million last week as investors took advantage of price weakness, according to digital asset manager Coinshares in a report released on Monday.

"Enormous amount of liquidity that has inflated some of these cryptocurrencies," said Sebastien Galy, senior macro strategist at Nordea Asset Management. He expects crypto, also correlated to high-growth stocks, to come under pressure as several central banks tighten their monetary policy.

(Reporting by Medha Singh and Sruthi Shankar in Bengaluru; Editing by Shinjini Ganguli)