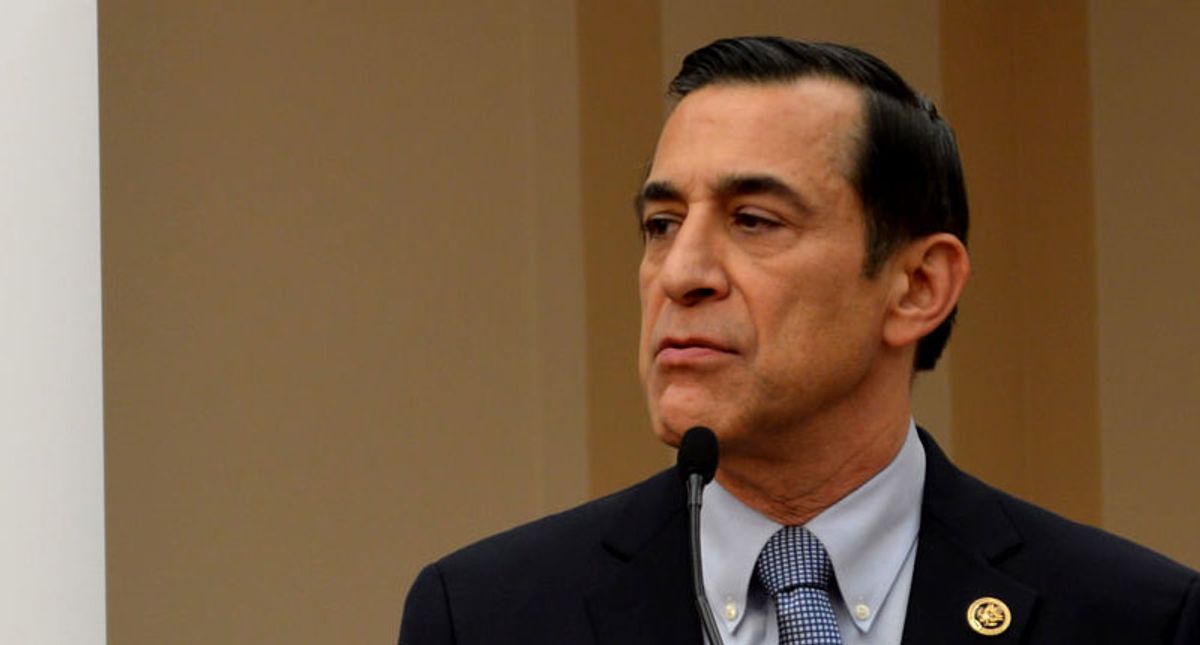 "Instead it is in reapportionment, the every-decade requirement per the Constitution to draw legislative lines for congressional seats," wrote Contreras. "The problem this time for Issa is that the Trump administration royally screwed up the decennial U.S. Census. The official numbers for the new decade were due Dec. 31. But the report isn't ready yet because Trump nativists like Stephen Miller demanded the Census count the number of undocumented immigrants so they could be excluded from the final total."

That was obviously unconstitutional, he said, but the fact that Trump demanded it, his administration ultimately messed up the population counts for the states.

"Then there is the exodus of people from California that has shrunk the traditional annual growth rate to the lowest since 1900. States like Arizona and Texas have grown relative to California and will likely be allocated more congressional seats. That means that unless Congress enlarges the 435-member House, California will probably lose at least one congressional seat," wrote Contreras.

Even with a non-partisan commission for redistricting, he doesn't have the seniority he once had, nor does he enjoy the benefits of being a pro-Trump party player after supporting Sen. Marco Rubio (R-FL) in 2016, Contreras said.

Read his full column at the Times of San Diego.