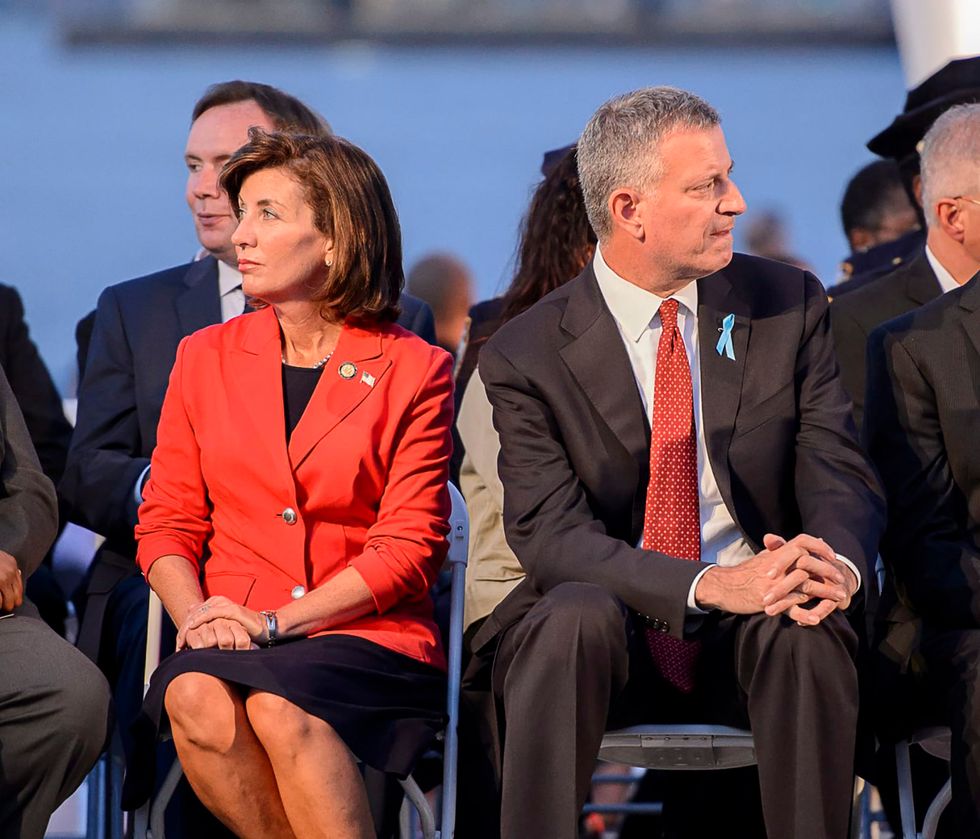 New York City Mayor Bill de Blasio took a swipe at Gov. Kathy Hochul on Monday for not doing “anything” to move the needle on the city’s long-stalled congestion pricing plan since taking office more than four months ago. De Blasio, who is likely to launch a 2022 primary challenge against Hochul after he leaves office Saturday, made the thinly veiled jab at the governor while noting he did his part in July by recommending an appointment to the Transit Mobility Review Board, an entity tasked with laying the groundwork for the congestion pricing initiative. “The state, the MTA have not named anyo...