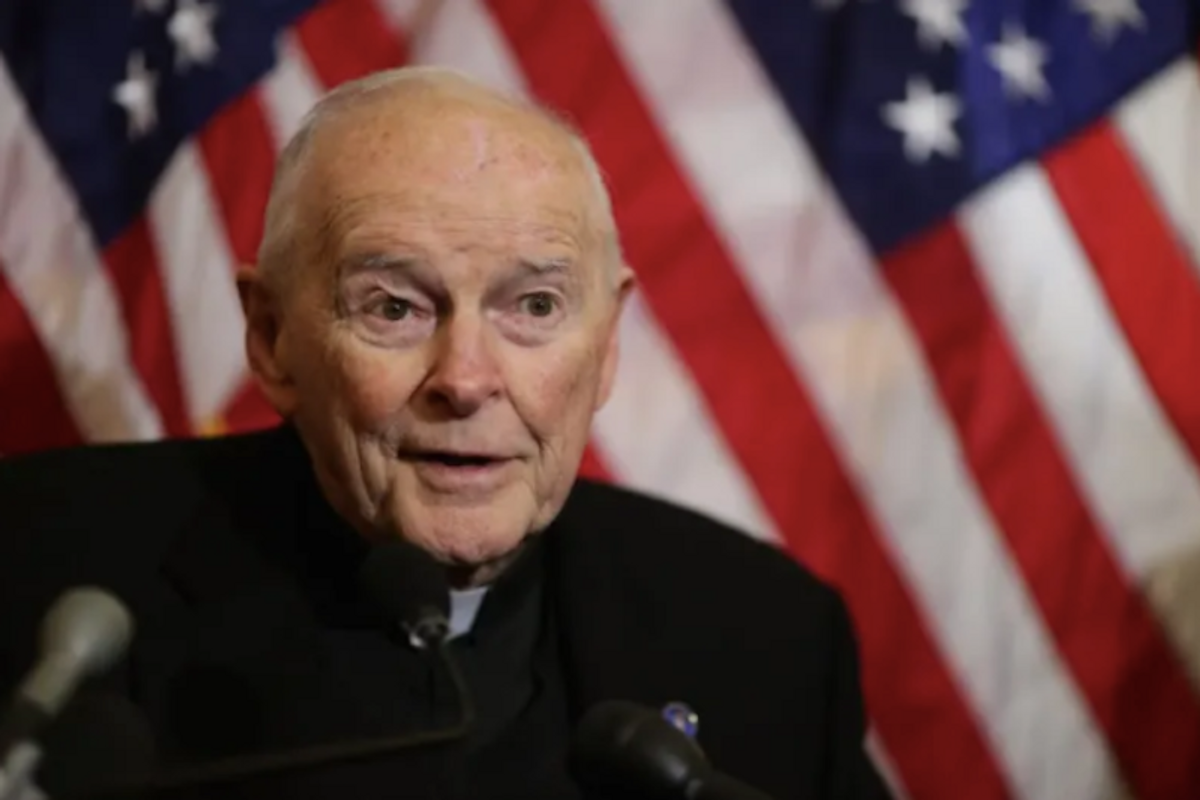 McCarrick was thrown out of the Catholic Church in 2019, becoming the highest-ranking Church figure to be expelled in modern times.

He had been found guilty by the Vatican of sexually abusing at least one teenage boy in the 1970s and of sexual misconduct with adult male seminarians.

McCarrick, who played a key role in raising funds for the Holy See from wealthy US donors, was stripped of his cardinal's title in 2018 before he lost his priest's status the following year.

A 450-page Vatican report published in 2020 concluded that McCarrick was able to rise through the ranks of the Church despite years of sexual misconduct allegations.

Prosecutors allege that McCarrick groped the victim when he was 16 in 1974 as they walked around the campus of Wellesley College in Massachusetts during his brother's wedding reception.

The victim says that McCarrick led him into a room and groped his genitals while "saying prayers," according to the criminal complaint.

The ex-cardinal has been the subject of several civil lawsuits brought by accusers but this is the first criminal case against him.

The man's lawyer, Mitchell Garabedian, said his client was "showing an enormous amount of courage" by bringing the complaint.

"This is the first cardinal in the United States ever charged criminally for a sexual offense against a minor," he said in a statement to AFP.

McCarrick's attorney, Barry Coburn, told AFP he and his client "look forward to addressing the case in the courtroom."

The Catholic Church has been shaken by a string of child sex abuse scandals in recent years.

A grand jury investigation into Pennsylvania dioceses in 2018 exposed the systematic cover-up by the Church of sexual abuse by "over 300 predator priests".

More than 1,000 child victims were cited.

Between 1950 and 2016 the US Catholic Church received 18,500 complaints against 6,700 members of the clergy, according to the site bishop-accountability.org.

Several senior church members in the US have been forced to resign for protecting sex offender priests, including the late cardinal Bernard Law.