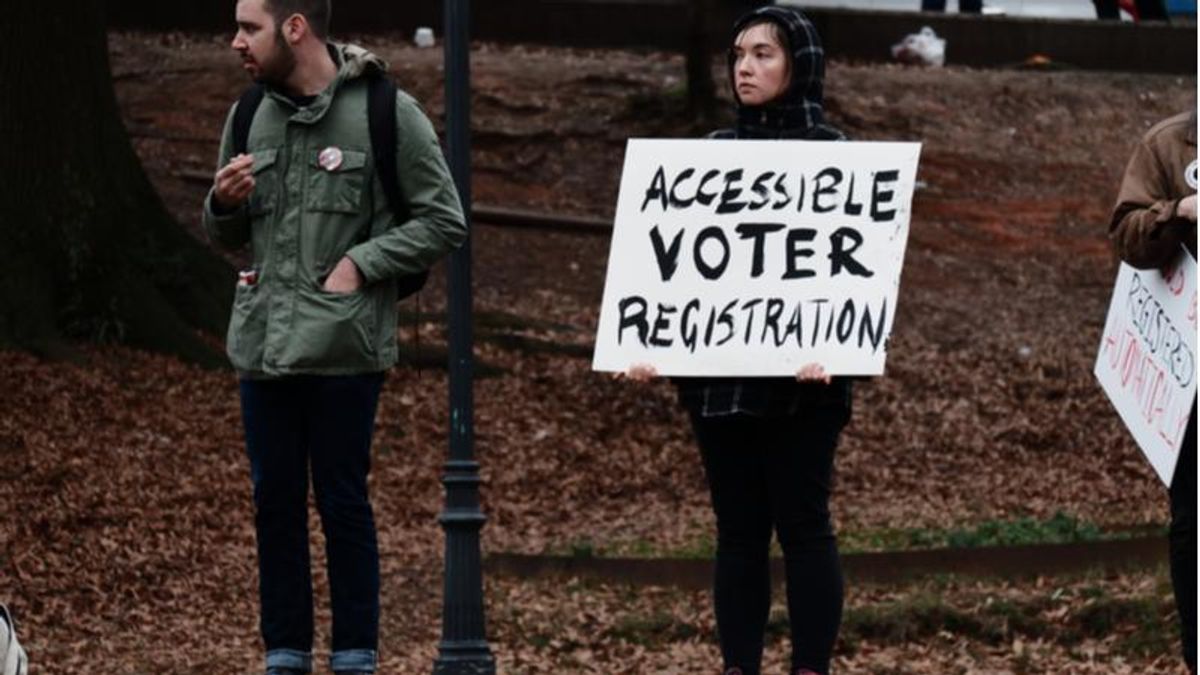 After the passage of a controversial new voting law in the state of Georgia that some say is meant to restrict voting rights to benefit Republicans, a new study says the law is part of a trend where the GOP is contributing to the decline of the "democratic health" of states around the country, Vox reports.

The author of the study, University of Washington professor Jake Grumbach, says his research shows "a minimal role for all factors except Republican control of state government, which dramatically reduces states' democratic performance" between 2000 and 2018.

Grumbach told Vox that his approach was inspired by V-Dem, the political science gold standard for quantitatively measuring democracy around the world.

"V-Dem breaks down democracy into individual component parts, like whether the press is free or the people can assemble peacefully, which can be measured and added together to produce an overall 'democracy' score for any one country," writes Vox's Zack Beauchamp. "You can't just apply this to American states directly; no place in the United States is violently repressive in the way that China or Russia is, so the measurements might not be precise enough to clearly illustrate differences between states."

The V-Dem-style approach measures the more subtle problems with democracy in the United States, looking at the extent to which a state is gerrymandered at the federal level, whether same-day voter registration is allowed, and whether felons are permitted to vote. Grumbach also includes criminal justice factors, such as a state's Black incarceration rate.

According to Beauchamp, "the GOP's anti-democratic agenda is real." But he says that Grumbach's study is not peer-reviewed and shouldn't be taken as definitive and skeptics can find flaws in his research.

"For instance, one could question just how bad the anti-democratic infractions Grumbach cites really are. Voter ID laws, to take one example, counted against many Republican states — but the evidence on whether they actually reduce voter turnout is surprisingly mixed," writes Beauchamp. "A conservative might object that Grumbach is making a mountain out of a molehill: creating a metric that makes Republican states look worse than Democratic ones when, in reality, the differences just aren't that big."

Read the full article over at Vox.