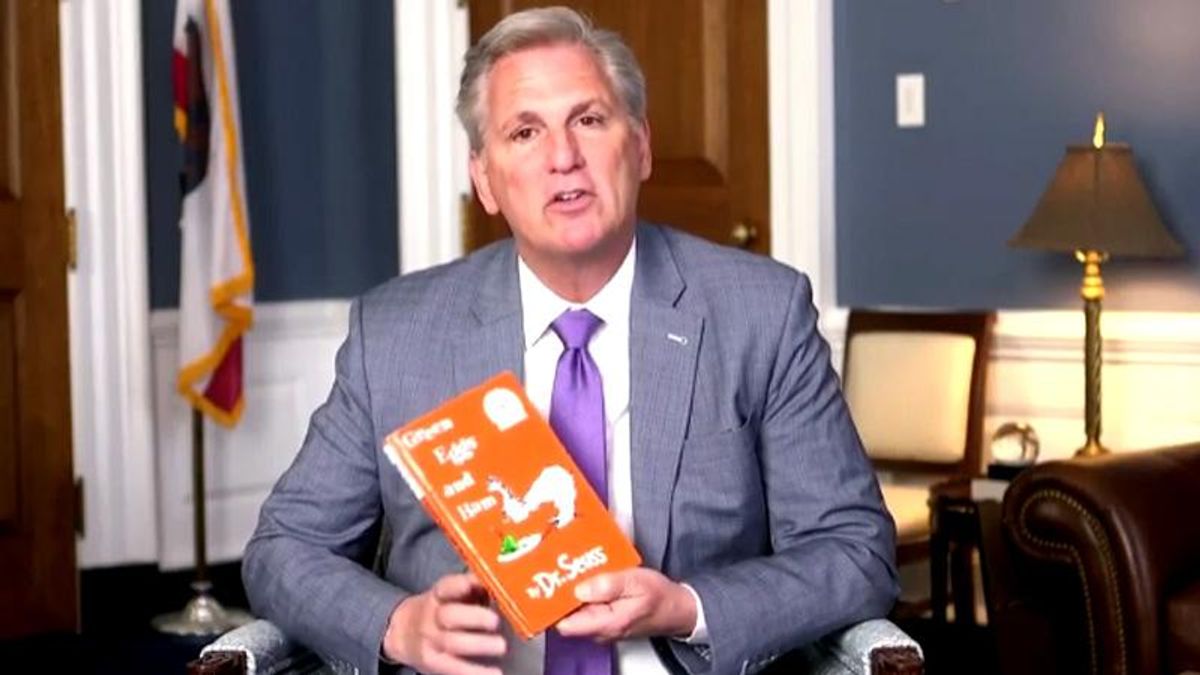 Democrats were finally able to pass the COVID-19 stimulus bill that will deliver on the promise from former President Donald Trump for $2,000 payments. Not one Republican voted to support it in the Senate and it isn't expected to deliver GOP support in the House either.

The initial bill gave Americans $600 payments and new President Joe Biden's bill will deliver an additional $1400 to match the $2,000 promise. It was a rare point of bipartisan agreement between the presidential candidates during the 2020 election, but giving money to Americans was not something the GOP supported.

The progressive group, Meidas Touch, showed the striking contrast between the two parties with a video of House Minority Leader Kevin McCarthy (R-CA) choosing to focus on Dr. Seuss while Democrats were working to pass the stimulus bill.