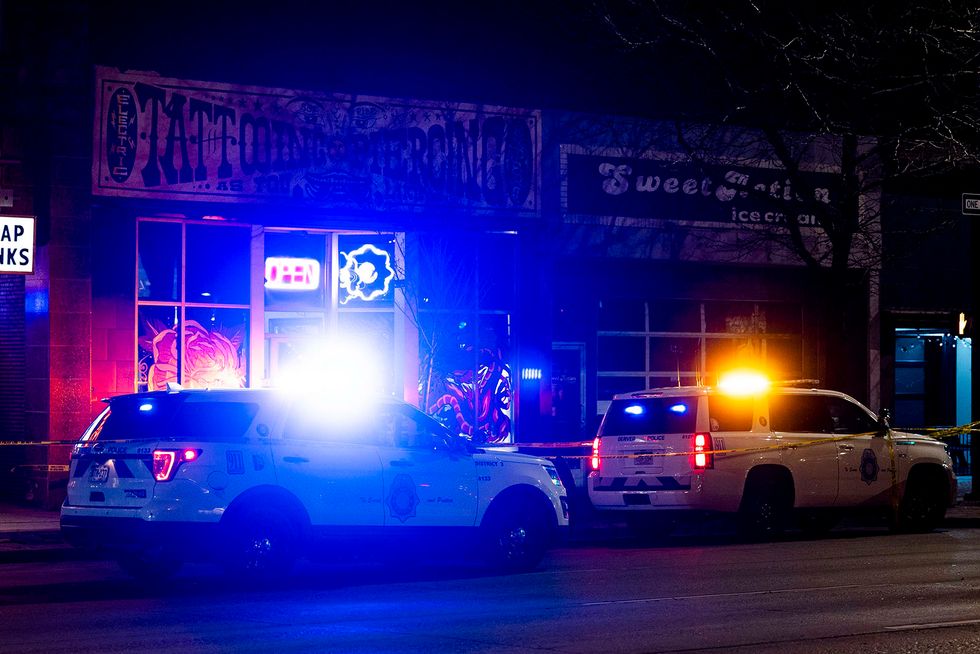 Police vehicles sit outside the Sol Tribe tattoo shop on Broadway where two women were shot and killed and a man injured on Dec. 27, 2021, in Denver, Colorado. - Michael Ciaglo/Getty Images North America/TNS

Lyndon McLeod brought his violent novels to life Monday night when he allegedly gunned down five people, targeting tattoo shops around Denver. McLeod, 47, was identified by police Tuesday as the suspect in a cross-city “killing spree” that left five dead and three injured, including a police officer. He was eventually killed by police. Denver police Chief Paul Pazen confirmed Tuesday that McLeod had been “on the radar of law enforcement” and had been investigated in 2020 and 2021, but no charges were ever filed and Pazen did not specify the nature of the investigations. But books written under...

German judges and experts have arrived at the edge of a melting glacier high up in the Peruvian Andes to examine a complaint made by a local farmer who accuses energy giant RWE of threatening his home by contributing to global warming.

The visit by the nine-member delegation to the region is the latest stage in a case the plaintiffs hope will set a new worldwide precedent.

In Utopia and elsewhere in Texas, school teachers carry guns

In a tiny Texas town called Utopia, a sign at the entrance to its only school warns that staffers are packing guns -- a measure designed to prevent shootings like the one that left 19 kids and two teachers dead down the road in Uvalde.

Utopia is a speck on the map in the giant Lone Star state, a hamlet of 200 people tucked away among hills and fields. It's just a few streets, its main drag boasting a handful of stores and not much else.