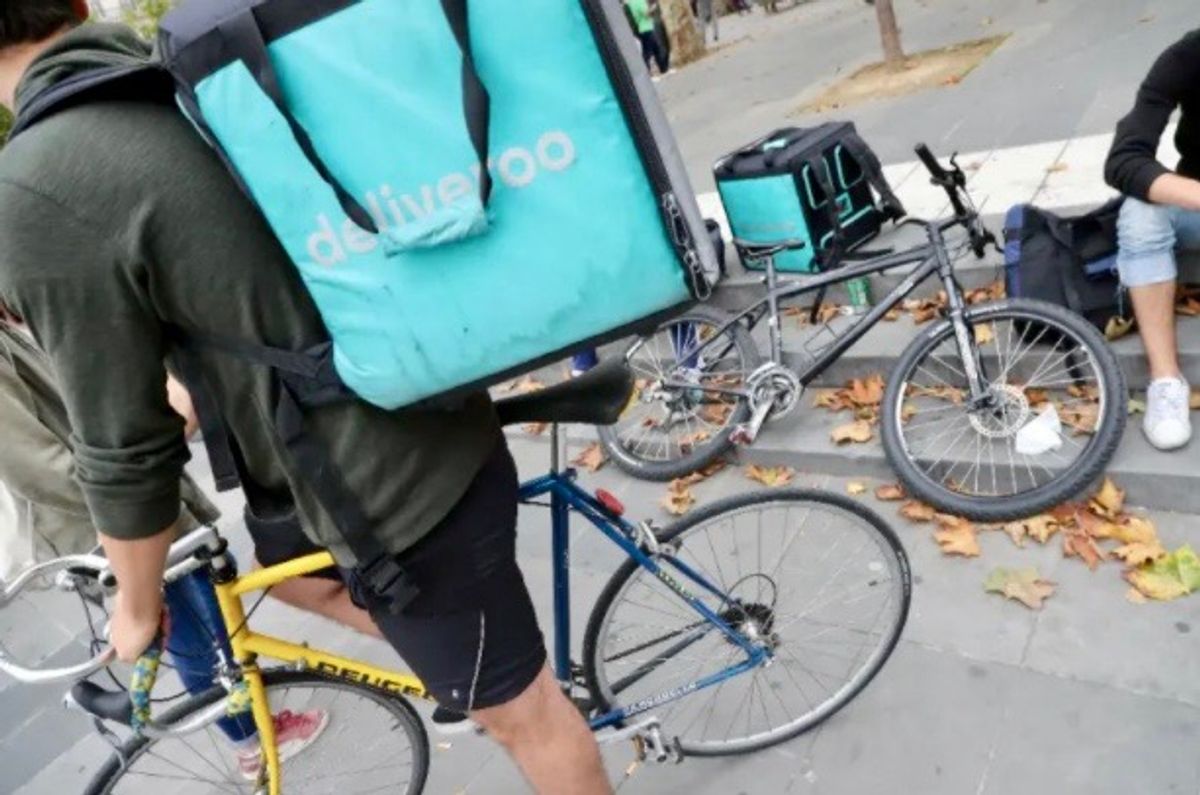 Unionized grocery delivery drivers with full-time benefits at California stores owned by Albertsons are set to be fired this month and replaced with "independent contractors" working under adverse conditions for third-party gig companies.

Progressives are attributing this erosion of workers' rights in the Golden State to the passage of Proposition 22, a corporate-funded ballot initiative approved by voters in November.

"With this move from Vons and Albertsons, most shoppers in California will no longer have a unionized choice for grocery deliveries."
—Mike Dickerson, journalist

As the Economic Policy Institute explained last year, the passage of Prop 22 gave "digital platform companies a free pass to misclassify their workers" as independent contractors rather than employees, enabling them to exclude gig workers from basic employment protections including minimum wage, health insurance, and other benefits.

Albertsons, the country's second-largest grocery chain, is already taking advantage of the anti-labor legal terrain established by Prop 22. According to journalist Mike Dickerson, stores in California owned by Albertsons, including Pavilions, Safeway, and Vons, are firing unionized drivers with full-time benefits and outsourcing delivery services to "independent contractors" who work under precarious circumstances for app-based gig companies.

"Albertsons Companies made the strategic decision to discontinue using our own home delivery fleet of trucks in select locations, including Southern California, beginning February 27, 2021," company spokesperson Andrew Whelan confirmed in a statement, Newsweek reported Tuesday. "We will transition that portion of our eCommerce operations to third-party logistics providers who specialize in that service."

Dickerson, who first reported on the ongoing transformation of grocery delivery services in California for KNOCK-LA on Monday, described the "devastating effects" the state's residents are starting to see as a result of Prop 22.

"I was disturbed and disappointed that Vons would eliminate these jobs," a customer told Dickerson. "I felt like they were the only remaining company that treated delivery drivers ethically but no longer."

Dickerson reported that "many drivers under the Albertsons Companies umbrella are union employees, while Ralphs delivery is operated by Instacart and Target uses Shipt, a similar app."

"With this move from Vons and Albertsons," he noted, "most shoppers in California will no longer have a unionized choice for grocery deliveries."

That unionized workers are being laid off in the aftermath of Prop 22 is not surprising. When they were attempting to drum up opposition to the measure, many workers and other commentators stressed that passage of Prop 22, which former labor secretary Robert Reich called a "corporate power grab," would result in the gutting of worker protections, as Common Dreams reported last October.

Dickerson pointed out that Keith Eberl, an organizer for Rideshare Drivers United, "predicted this exact outcome" in another piece published in KNOCK-LA last year. Prop 22, Eberl explained in October, allows companies to "shift their costs to the driver and diminish or remove drivers' rights, protections, and benefits."

The only thing that surprised Dickerson was "the speed at which Albertsons reversed course on its commitments to workers," given that the "move comes after nearly a year of celebrating grocery store workers for feeding communities."

After unionized workers in March "demanded hazard pay, additional medical leave, and employee protections during the pandemic... Safeway and Northern California grocery workers reached an agreement providing these additional benefits," Dickerson wrote. Nine months later, "employees received notice during the holidays that their employment would end one month into the new year."

According to Dickerson, "Labor and management were able to cooperate in April, requesting that grocery workers be designated as first responders." By October, he wrote, "negotiations... turned contentious, as members of the Teamsters issued a notice of potential strike due to rising healthcare costs."

"Albertsons was happy to reap public goodwill during the pandemic," Dickerson continued. "But once Prop 22 gave the company the option of replacing workers with lower-paid contractors, they jumped at the opportunity."

Acknowledging that he and many others turned to Albertsons-owned stores for groceries with the understanding that the company's unionized drivers were employed with benefits—a "clear alternative to the hellscape of gig-economy apps like Instacart"—Dickerson stressed that "delivery drivers deserve healthcare, job protections, and fair wages."

"Workers won those fights this year because they fought as a union," he concluded. "With DoorDash taking over in February, that united front will be gone."

In October, Adam Conover described the "chillingly anti-democratic" implications of Prop 22's requirement of a seven-eighths majority in the state legislature to amend the law, arguing that the provision is "designed to make it impossible for our elected officials to ever pass legislation to protect workers again."

Reich on Monday night warned that the negative consequences of Prop 22 are "just beginning." What we need, he said, is a "new federal Labor Department regulation making it clear that full-time workers whose employers set their pay are 'employees' under all federal labor laws."