DiFi blasted by experts for saying democracy not 'in jeopardy': 'Still trying to govern like it's the 1990s' 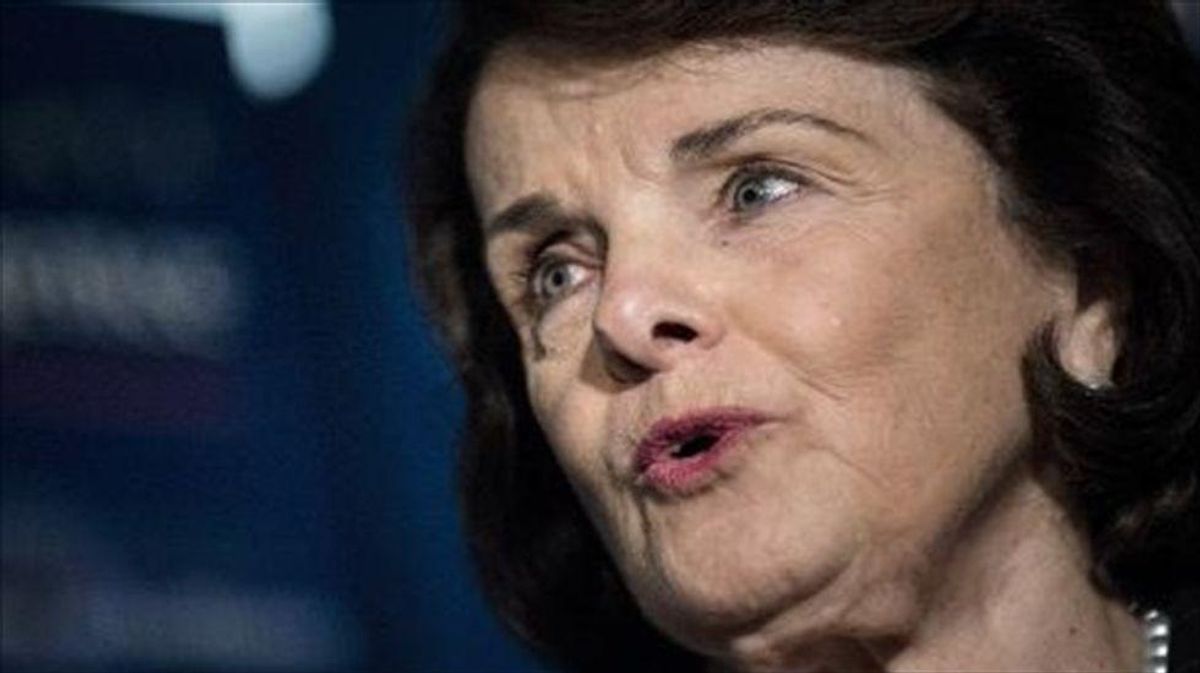 U.S. Senator Dianne Feinstein (D-CA), who has served in Congress since 1992, is once again under fire for remarks she made, this time about the filibuster and democracy, leading some to see as her being as one journalist put it, "completely out of touch."

On Thursday, as 48 states in the nation are debating or passing over 400 voter suppression bills, as "65 percent of Republicans believe that Biden's win was solely the result of voter fraud," as a far right group that calls itself Cyber Ninjas has been conducting what experts say is a sham "audit" in Arizona of 2.1 million ballots for over six weeks with no end in sight, as her own fellow Senators across the aisle steadfastly refuse to support a commission to investigate the deadly and violent attack and attempted coup on the very building that houses U.S. lawmakers, the Democrat from California is defending her refusal to support killing the filibuster by insisting democracy in America is not in trouble.

"If democracy were in jeopardy, I would want to protect it. But I don't see it being in jeopardy right now," Senator Feinstein told reporters Thursday afternoon.

Her remarks were in response to a question about other Democrats saying they would choose democracy over saving the filibuster, according to Forbes' Andrew Solender.

Feinstein, asked about some Dems saying they'd choose democracy over the filibuster: "If democracy were in jeopardy… https://t.co/SgTB7UVCaf
— Andrew Solender (@Andrew Solender) 1623351361.0

Justice Breyer & Senator Feinstein are both delusional about current state of our democracy, and should both retire… https://t.co/VMG65JiLZw
— David Rothschild (@David Rothschild) 1623352050.0

There are only two conclusions to draw from Feinstein's comment, and both of them are disqualifying. https://t.co/3R4dNTOUyR
— Joan Walsh (@Joan Walsh) 1623355621.0

Attorney at the Institute on Metropolitan Opportunity:

Dianne Feinstein isn't an elderly professor emeritus, she's an elected official with more constituents than anyone… https://t.co/nWpIrgjIgC
— Will Stancil (@Will Stancil) 1623357087.0

Diane Feinstein is a member of a legislative body in which a minority of members representing an even smaller minor… https://t.co/a131C5gIj2
— Jamison Foser (@Jamison Foser) 1623352646.0

Political science professor at the University of Denver:

We need to get Dianne Feinstein out of the Senate as soon as possible. She's completely out of touch at a crucial m… https://t.co/gAT8JWEJwm
— Mark Jacob (@Mark Jacob) 1623358132.0

Columnist at The Nation:

If there is a democracy crisis in America, part of the crisis is that many powerful Democrats don't think there is… https://t.co/WGhVIMWvZT
— Jeet Heer (@Jeet Heer) 1623358034.0

Feinstein should ask Officer Brian Sicknick if they feel there’s a threat to democracy. Oh right. She can’t. Because there is.
— Santiago Mayer (@Santiago Mayer) 1623359475.0