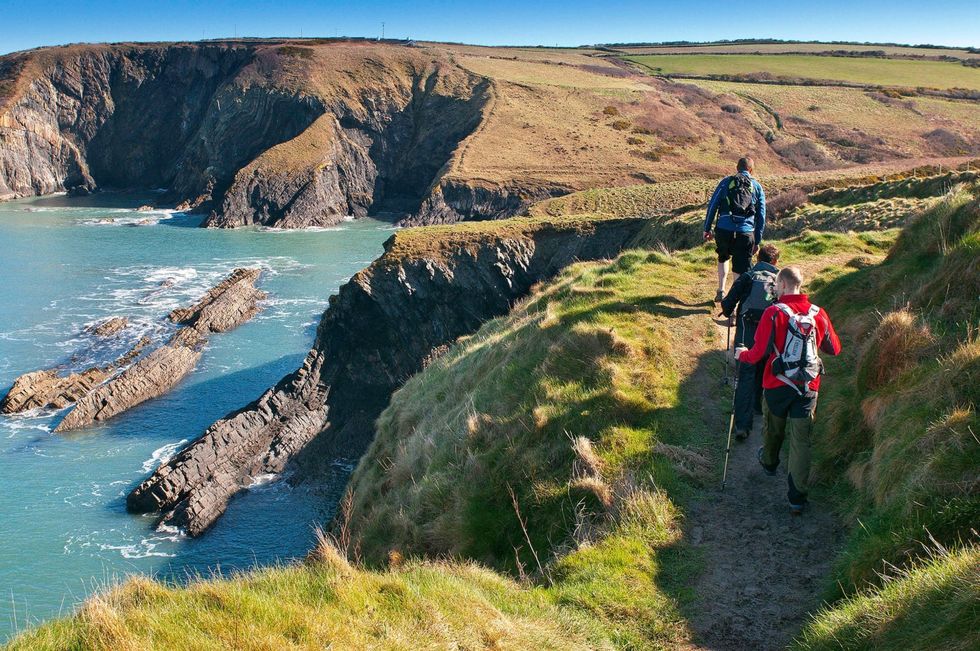 The Pembrokeshire landscape with its Wales Coast Path is already a popular destination for hikers - even more so since the site was used as the grave of Dobby in the Harry Potter films. Visit Wales/dpa

The would-be grave site of Dobby the house elf may be relocated due to the large number of Harry Potter fans visiting the scenic Welsh coast in recent years.

A scene in the adaptation of the Harry Potter books in which the beloved house elf is buried was filmed on Freshwater West beach in Wales, and has drawn countless tourists to the area.

Local citizens now have until the end of May to cast their vote in an online survey whether they want "Dobby's Grave" to be removed and possibly relocated to another site due to overtourism, according to local media.

The picturesque Pembrokeshire coastline was long a popular destination for tourists, but has also attracted a steady flow of Harry Potter fans since the film, many of them scrawling "Here lies Dobby, a free elf" onto piles of stones in the area.

Others leave socks there in reference to how Harry Potter, in the films, was able to win the house elf's freedom from slavery by tricking his cruel master into giving him a sock and thereby freeing him.

In addition to leaving a mark on the landscape and leaving waste behind, the area's parking spaces and toilets are over capacity, the National Trust Wales says according to the BBC.

The organisation therefore wants to seek the public's opinion as well as suggestions for a more sustainable solution, which may include relocating the would-be grave to another site.

Victoria MacLean, a local Harry Potter fan, told the BBC: "I think if they took the grave away fans are just going to build another one, because there's millions of them."