DOJ exploring legal theory that could take down the Proud Boys and Oath Keepers: Ex-FBI official 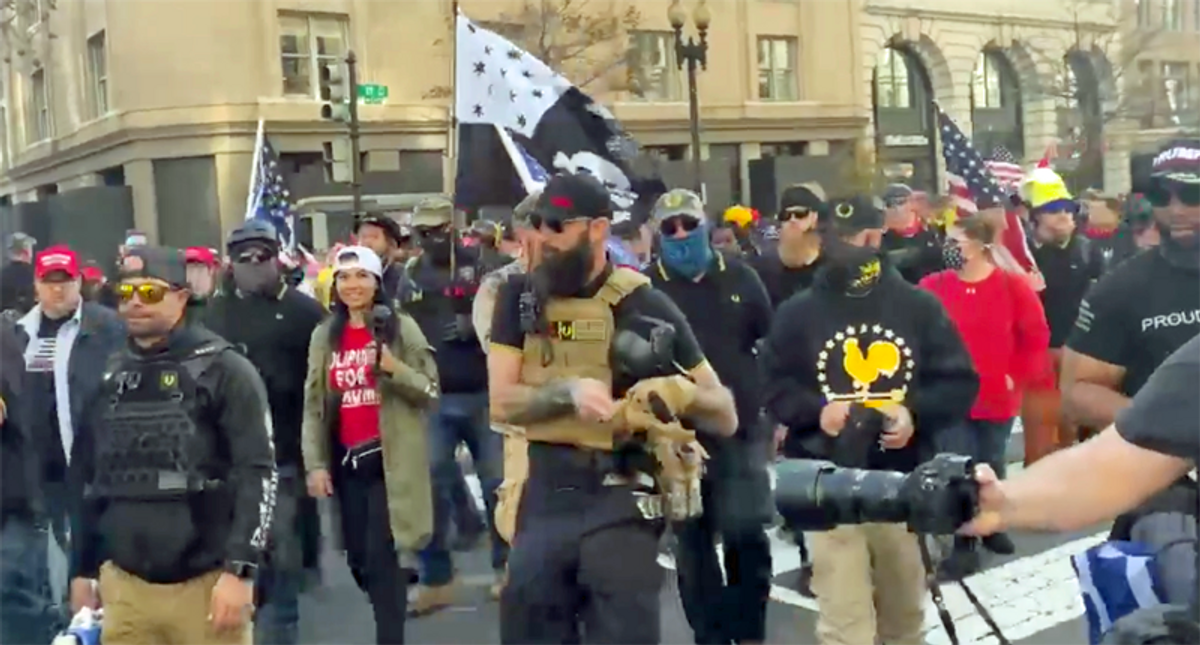 The Department of Justice is preparing to escalate the charges against Trump supporters who took part in the violent January 6th insurrection at the U.S. Capitol, former FBI Assistant Director Frank Figliuzzi explained on MSNBC on Saturday.

"Some new developments in the investigation into the January 6th insurrection," MSNBC's Alex Witt reported. "The Justice Department is now saying it expects to charge at least 500 people with taking part in those riots on Capitol Hill. So far over 400 have been charged in what the DOJ is calling one of the largest investigations in U.S. history."

"DOJ lawyers is calling this one of the largest -- not just because of the number of people charged, but the sheer volume of evidence. It includes, last count, something like 20,000 hours of video from surveillance and police body cameras. I mean, can you put this in perspective and your reaction to all of it?" Witt asked Figliuzzi.

"Yeah, Alex, certainly, in my 25-year career including, by the way, 9/11 and the aftermath and inquiry of that -- this makes that pale in comparison in terms of the span and scope of this investigation and the volume of evidence related to it," Figliuzzi replied.

Figliuzzi said investigators may employ a legal theory that could allow them to take down the most violent groups involved in the insurrection.

"And I am hearing from people I talked to involved in the investigation that yes, indeed, they will hit the 500 number in arrests and maybe surpass that, but that far more importantly, Alex, the magnitude of the charges will move from things like trespass and assault all of the way up to conspiracy and we're seeing more of that and even possibly sedition and even possibly an enterprise theory of approach which is under consideration to take down and dismantle groups like Proud Boys and Oath Keepers," Figliuzzi explained.