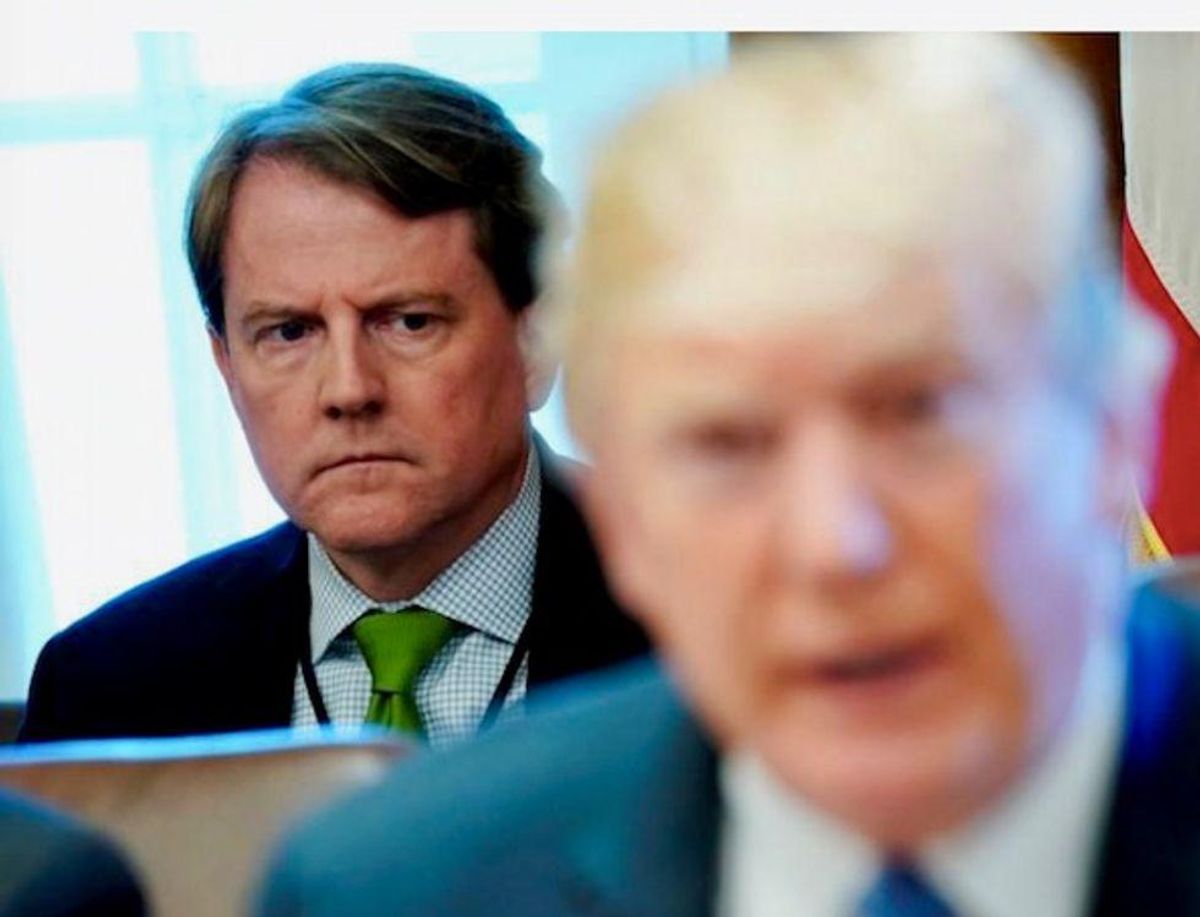 Court documents filed Wednesday evening show McGahn will answer questions in private about information attributed to him in the publicly available portions of Mueller's report, although the date for that testimony has not yet been set, reported NBC News.

"I am pleased that we have reached an arrangement that satisfies our subpoena, protects the Committee's constitutional duty to conduct oversight in the future, and safeguards sensitive executive branch prerogatives," said committee chairman Rep. Jerry Nadler (D-NY).

A transcript will be made public about a week later, according to the filing with the U.S. Circuit Court of Appeals for the District of Columbia.

The agreement was reached between the committee, which had issued a subpoena to compel McGahn's testimony, and the Department of Justice, which had challenged congressional authority to ask courts to enforce a subpoena against executive branch officials.

McGahn is considered by lawmakers the "most important" witness in possible obstruction of justice by Donald Trump in the lengthy probe of his campaign ties to Russia.