Hours after a Wall Street Journal columnist was laughed at on "Meet the Press" for suggesting the Republican Party become more women-friendly, former president Donald Trump issued a statement calling her and other well-known conservative pundits "foolish (stupid!) people."

According to the twice-impeached former president, "I listen to all of these foolish (stupid!) people, often living in a bygone era, like the weak and frail RINO, Peggy Noonan, who did much less for Ronald Reagan than she claims, and who actually said bad things about him and his ability to speak, or Rich Lowry, who has destroyed the once wonderful and influential National Review, the pride and joy of the legendary William F. Buckley, or George Will, whose mind is decaying with hatred and envy before our very eyes, or Jonah Goldberg and Stephen Hayes, two people who are finally out of the conversation and of no relevance whatsoever."

"Where do these people come from? They have no idea what the MAGA movement is, and even less of an understanding of America First, which is necessary, and even vital, to save our Country," he continued before concluding, “People like these are nasty, jealous, not smart, and of no use to the potential greatness of our Country,” Trump said of Noonan, Will and their ilk. “They talk, they criticize, and they complain, but they don’t have the ability or talent to get anything done. They are shortsighted ‘losers,’ and will never understand what it takes to Make America Great Again!”

You can see his statement below via Truth Social: 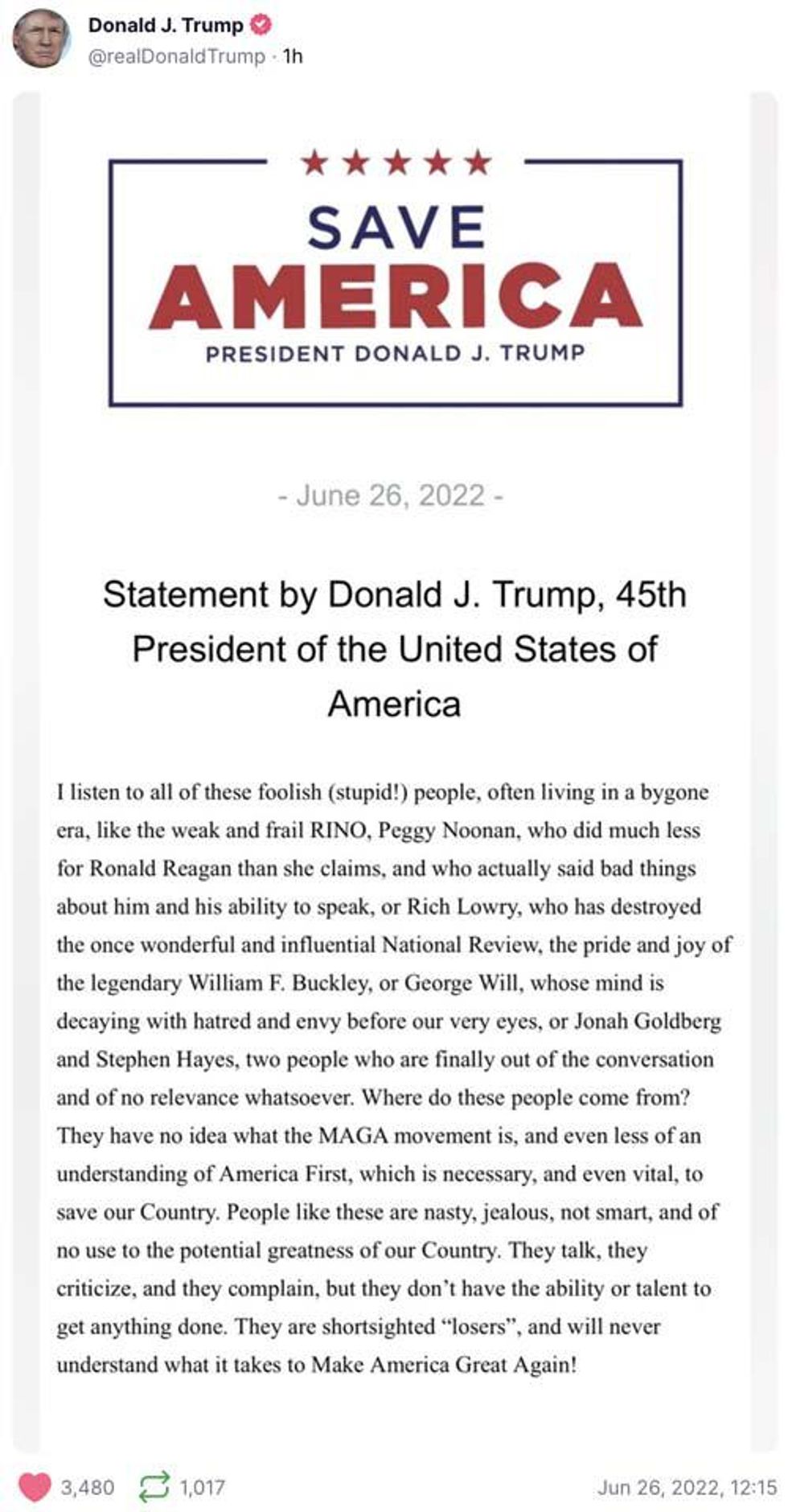