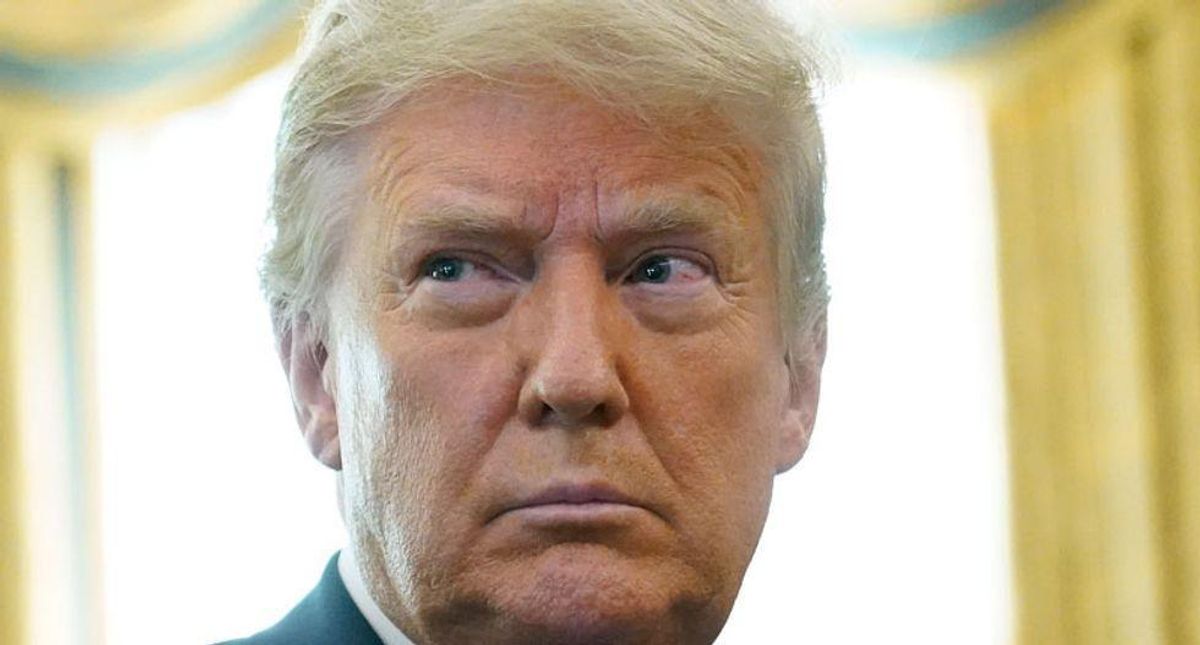 President Donald Trump spoke to the Unification Church on Sept. 11, which is widely considered to be a "cult" by former members and experts.

BusinessInsider highlighted Trump's recent speech by Hak Ja Han Moon, the widow of Rev. Sun Myung Moon, founder of the church. He appeared at the "Rally of Hope," on Sept. 11, which had nothing to do with the 20th anniversary of the terrorist attacks.

"I want to thank the Universal Peace Federation and, in particular, Dr. Hak Ja Han Moon, a tremendous person, for her incredible work on behalf of peace all over the world," said Trump. "What they have achieved on the peninsula is just amazing. In just a few decades, the inspiration that they have caused for the entire planet is unbelievable, and I congratulate you again and again."

He went on to celebrate himself and the "work" he did to legitimize North Korean dictator Kim Jong Un and his desperate desire to be a player in military intimidation.

"Looking back today, it's easy to forget how dangerous the situation was when I was elected," Trump said. "Missiles were flying, nuclear weapons were being tested, and powerful threats were being issued every single day."

Trump then claimed that "under my leadership, the United States adopted a policy of unprecedented strength." In reality, Trump caved in to Kim, allowing the leader to appear stronger on the international stage. Trump was even caught saluting a North Korean general, drawing backlash from U.S. leaders. In previous years, Republicans criticized when President Barack Obama bowed back to Japanese Emperor Akihito and Empress Michiko upon arriving at the Imperial Palace.

Trump's history with Moon goes back to 1991 when he considered selling Mar-a-Lago to Reverend Moon. Moon denied the story. The group worships while carrying AR-15 rifles and practices in a 40-acre compound in Texas.

According to former member-turned-cult expert Dr. Steven Hassan, the group has long-standing ties to the Republican Party. Former Vice Presidents Dick Cheney and Mike Pence have both spoken to the cult.

The Moonies were also actively involved in the Jan. 6 attack on the Capitol, Jordan Green for the DC Report.

"Among the groups involved in the insurrection, including the Proud Boys, the Oath Keepers and loose configurations of Three Percenters, the role of Rod of Iron Ministries as a hub of organizing for the Jan. 6 assault on the U.S. Capitol has been largely overlooked," wrote Green. The Rod of the Iron Ministries is an offshoot sect led by the youngest son of the late Rev. Sun Myung Moon.

"Following the 2020 election, Rod of Iron Ministries deployed its American members to a string of large rallies in Washington, D.C., Harrisburg, Pa., and Valdosta, Ga., in November and December that helped build momentum for the Jan. 6 insurrection. Church members enlisted from Japan and South Korea also fanned out across Pennsylvania for almost daily roadside rallies in support of Trump," he noted.

See some of the tweets of Trump's speech below:

Donald Trump gave a speech tonight for the deity of the christofascist cult, The Moonies. Trump praised the authori… https://t.co/4ZStmeIVvU
— MeidasTouch.com (@MeidasTouch.com) 1631416352.0