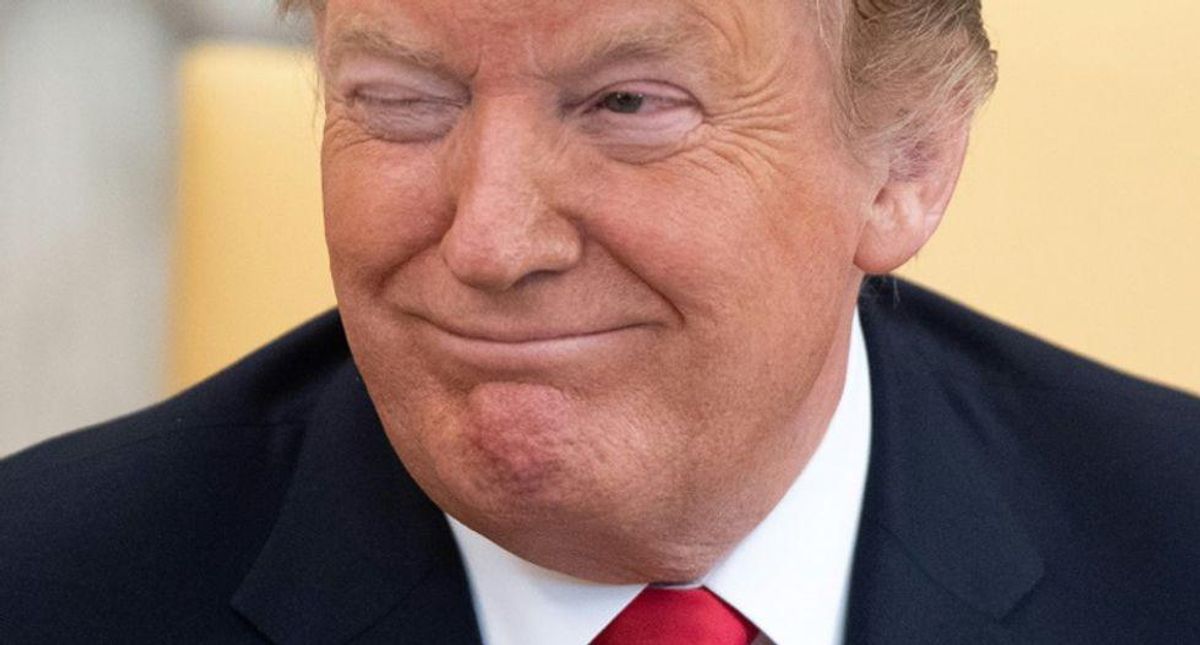 Donald Trump is spending his day at Mar-a-Lago hosting a parade of journalists for sit-down interviews as he tries to get in front of a coming wave of damaging books, according to a new report.

"He's given 22 interviews to book authors, several people double-dipped," Allen said. "He spent an hour and a half, two hours, [and] some of the people are then invited to stay and have dinner at Mar-a-Lago, and why it matters, President Trump, who's said very little, besides to conservative outlets, knows he's going to be everywhere. This rush of Trump books that will start in July, and he wants his voice out there."

Trump hasn't given the authors much to work with, but he's throwing together a charm offensive to stay ahead of possibly damning revelations in the forthcoming books.

"I've talked to people familiar with the interviews -- I'm going to shock you, I'm glad you're sitting down, spoiler -- the president doesn't leak revelations," Allen said. "There's a lot of spin and long-winded conversation, but he's back in his salesman mode. He's trying to work the refs with these book, in full suit and tie, serves Diet Coke, gives everybody a dish. A lot of the authors are getting the same dish, they think they have a scoop, but it turns out lots of people may have the same scoop."