Michael Cohen thinks Donald Trump will flip on his own children: 'Ivanka too!' 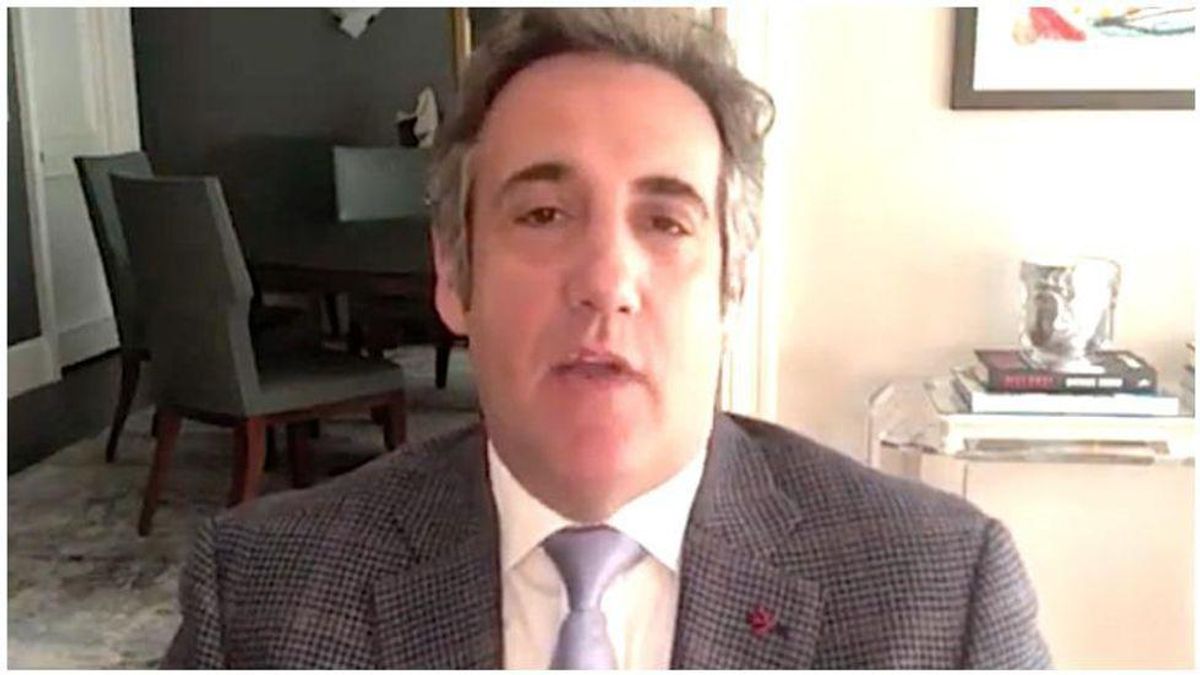 President Donald Trump's former lawyer made a startling prediction speaking with MSNBC's Joy Reid on Wednesday: the former president will flip on everyone to save himself, even his own children.

Cohen explained that while the Trump Org. may seem like a large company, it's nothing more than a "glorified mom-and-pop company."

"When I was there, there were 14 executive vice presidents, myself being included," Cohen recalled. "Other than that, you had a lot of support staff, a lot of secretarial staff and so on. At one point in time Trump, which is, again, part of his ongoing continuous lies, made allegations that he employed 10,000 people. Well, that's not true. Again, he doesn't own the buildings that he had employees in. It's either owned by homeowners associations or its licensing deals. He included them. He included everybody."

"I want to go back," Cohen paused. "I think it's worth me saying when he's talking about my credibility, I personally think -- I'll ask you your opinion on it -- that my credibility is a lot more in demand than Trump's petty, pathetic temper tantrums masquerading as strength. That's what he does. He goes ahead and puts out these statements, and the great thing is he's no longer on Twitter. I didn't even know about this denigration of me until your producers called to tell me about it. He's really -- he's mic'd out right now."

Trump went off on a tangent through his little blog, claiming it was about the Russia investigation and linked to special counsel Robert Mueller. It isn't. He also claimed that someone from the New York attorney general's office leaked the information about the Trump case. In fact, it was released in an official statement to the press.

Reid wanted to know specifics about the Trump Org. assets. She also asked if his children should be getting their own lawyers, which Cohen explained they must do. Cohen explained that on their specific projects, the Trump children would be very aware of the assets and the financials.

"Allen Weisselberg knew every dollar -- not even to the dollar, every penny in and every penny out, went through Weisselberg's desk and reported before and after to Donald J. Trump," he continued. "As I stated, there was a very small core group of executives, a larger subset, but a very small core group. It's interesting because I also watched the segment before this where you were talking about Trump and whether or not the kids need to — I believe they do need it, and I'm going to tell you why: everyone keeps talking about Rudy, Rudy, Rudy, what did we get off his electronics, what are they going to get now from the Trump Organization? How are they going to get Weisselberg to flip? It's not just Barry, but his other son Jack, who is part of Ladder Capital. I think they already know this. I think Donald Trump is going to flip on all of them. What do you think about that? Including his children."

The comment left Reid with her mouth hanging open in shock.

He went on to anticipate that when the DA and AG begin asking questions about his taxes that Trump will simply say, "I don't do my taxes. It's my accountant." He'll turn on the accountant, say that Don Jr. handled something, even Ivanka or Melania handled it.

"He's going to tell them to take everyone other than himself," said Cohen.