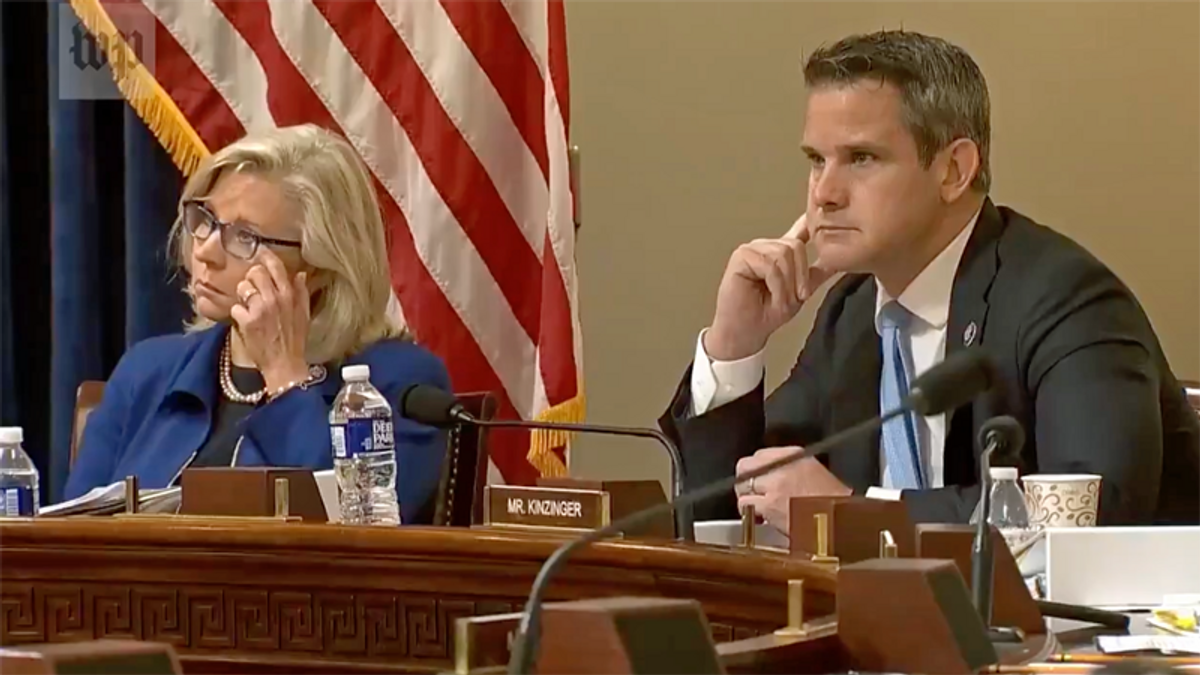 In her opening remarks, Rep. Liz Cheney (R-WY) described herself by saying, "I have been a conservative Republican since 1984 when I first voted for Ronald Reagan." Rep. Adam Kinzinger (R-IL) said, "I am a Republican, I am a conservative, but in order to heal from the damage caused that day, we need to call out the facts. It's time to stop the outrage and conspiracies that fuel violence and division in our country, and most importantly, we need to reject those that promote it."

Sherman explained to Chuck Todd on MSNBC on Tuesday that former President Donald Trump likely isn't happy to see that there are two members of the committee identifying as conservative Republicans who are not interested in defending him.

"If I were Donald Trump, Chuck, I would be less than pleased that this is going down without any sort of meaningful rebuttal, although I am not sure what you can deflect because the facts are so clear. Nothing from his wing of the party at all," he explained.