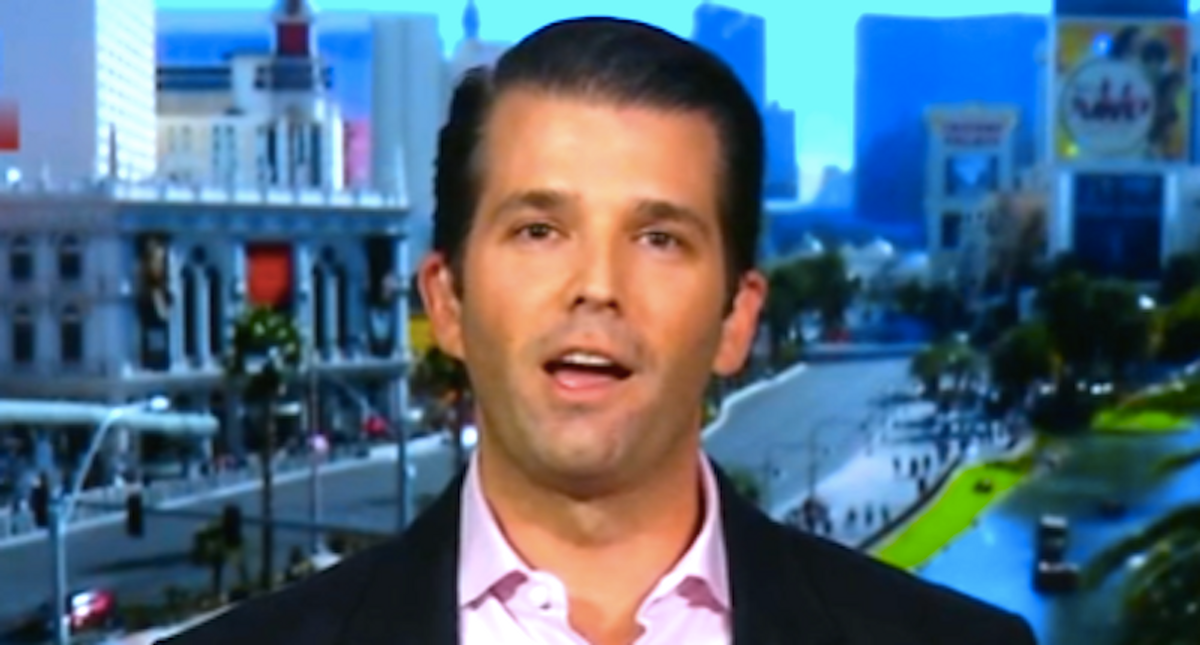 One of the key ways Trump Jr. has influenced his father is in the GOP's hard right culture war turn, including a panic against transgender rights that has led to a wave of state legislation excluding transgender athletes from their identified gender division.

According to the report, when Arkansas Gov. Asa Hutchinson vetoed a bill outlawing gender-affirming care for children, "A person familiar with the episode said Trump was 'cursing at the television,' and became increasingly frustrated by Hutchinson's rebuttals. Two days later, the ex-President released a statement through his Save America leadership PAC accusing Hutchinson of supporting the 'chemical castration of children.'"

Reportedly, Trump Jr. was the influence behind all this, as "For years, Trump Jr. had made base-pumping statements about various expansions of transgender rights to his right-wing followers on Twitter and Instagram." (Arkansas legislators ultimately overrode Hutchinson's veto.)

"Don has the pulse of the base and knows where the energy of the party is, so he's sort of the go-to person now on a lot of political things," said one aide. Another said, "He was always fighting for the cause big-picture wise, but now Don is taking more of a leading role in shaping the political direction of Trump's post-presidency."