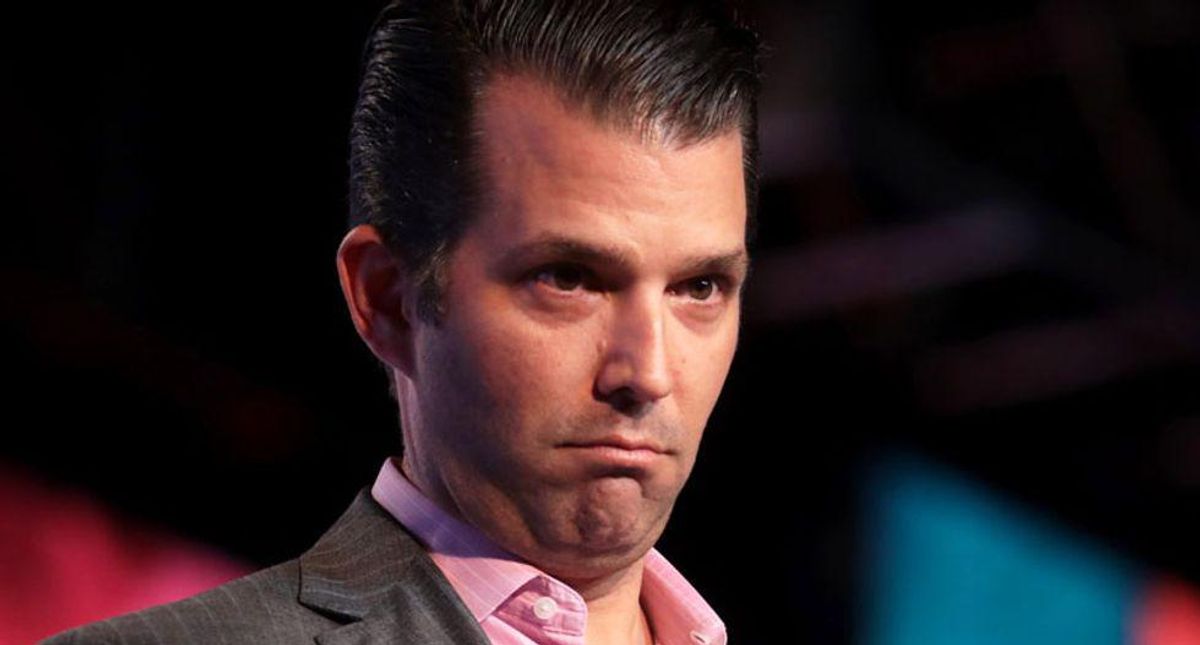 Donald Trump Jr. is selling personalized video messages on Cameo for $500, where he will say (presumably) just about anything you want.

"George, this is Donald Trump Jr. Congratulations on becoming a U.S. citizen, that's absolutely amazing," he says in one message on the site. "Joseph tells me that your ceremony didn't include the usual welcome message from the President so while I'm not the President obviously I'd like to personally wish you a heartfelt congratulations. I look forward to having you here participating in the American process, and the American dream. Congratulations once again man and maybe we'll see you at a MAGA rally sometime in the not too distant future. Have a good one."

Cameo is a five-year old platform that allows celebrities to make money by selling video messages to fans. The Independent reports Trump Jr. was "complaining about 'millions' in legal bills in from [the] New York AG probe."

Messages are available up to a week after booking, but for $787 supporters can get turnaround in under 24 hours.

In another message for a couple's 50th wedding anniversary Trump Jr. plugs his family's golf course, and says he hope he'll see them there.

The son of the former U.S. president has chosen a unique charity to support, and one that would help him in whatever possible future political campaigns he might wage. He says "a portion" of the proceeds will be donated to the Shadow Warriors Project, a nonprofit that supports wounded mercenaries – also known as soldiers for hire, or soldiers of fortune. That charity is listed at Charity Navigator as too new to rate.

Users who pay for a video message can rate them. George gave Don Jr. 5 stars.