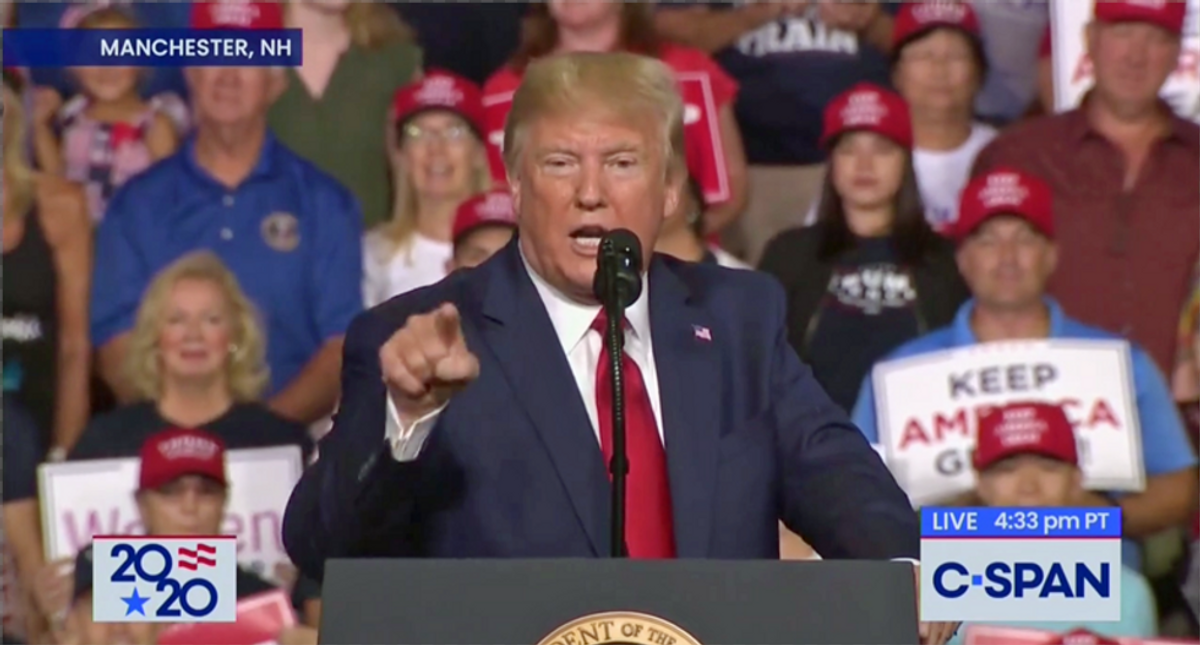 Before Trump spoke, Arizona state Sen. Michelle Ugenti was booed off stage for perceived insufficient fealty to the former president.