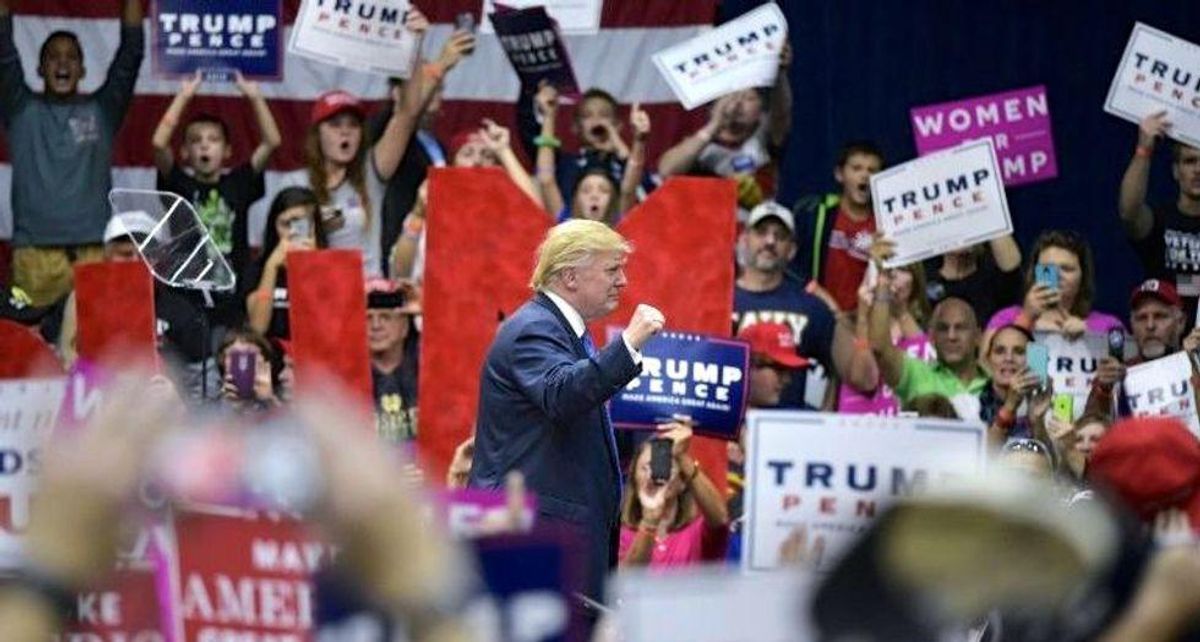 "There's just so much evidence that Mike Lindell has," said 65-year-old Lynda Thibado, 65, who traveled to the event last weekend with her husband.

"I mean, such proof positive," agreed her husband, Don Briggs. "I don't know if they can legally do anything now ... [but] I don't think [Joe] Biden will be the president come 2024, one way or the other."

Lindell has spent millions of dollars on election-related events like this one and other efforts to convince Americans that a Chinese cyberattack and other skullduggery robbed Trump of re-election, although no proof has been turned up by election officials, dozens of courts and former attorney general William Barr, and the MyPillowCEO is being sued by Dominion Voting Systems for accusing the company of fraud.

"We know that Biden's a fraudulent president, and we want to be part of the movement to get him out," said 61-year-old Donna Plechacek. "I know that they cheated the election. I have no doubt about that. The proof is there."

Readers of the new Associated Press report are raising concerns about Trump supporters.

There's no legal mechanism for returning an ex-president to the White House after losing an election, but some attendees believe the military will intervene and others are convinced he's still in charge -- and most all of them believe the twice-impeached one-term president will finish Biden's term.