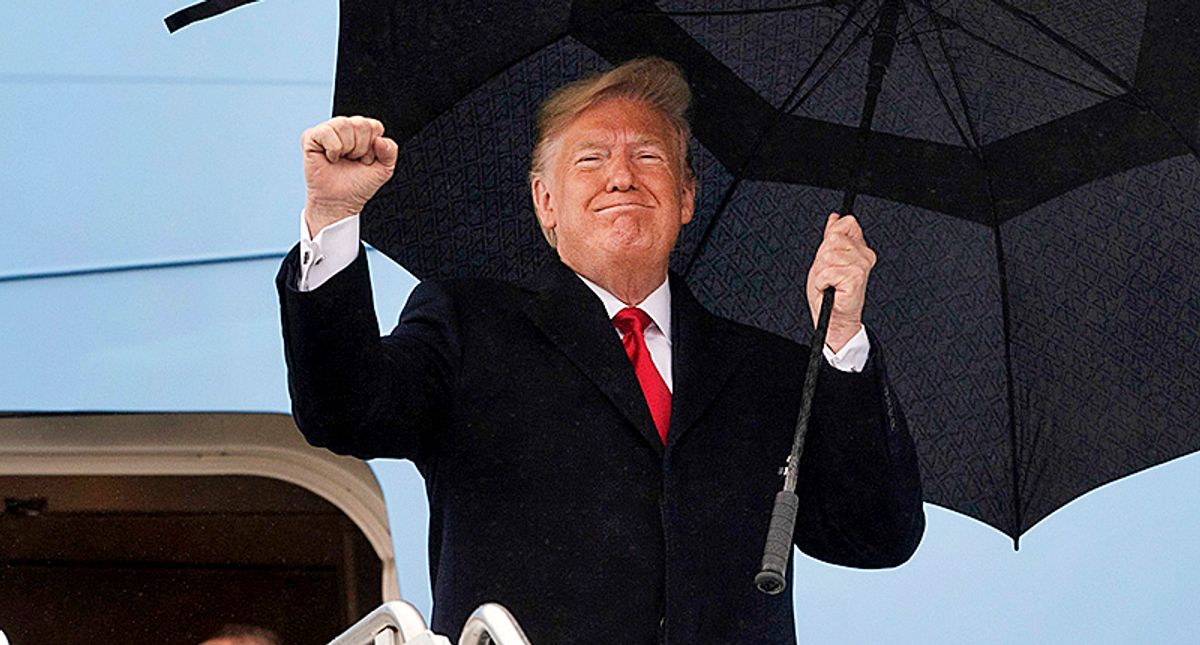 In the new statement, written like a Tweet that he can no longer send, he suggested his supporters to cut off the Republican Party broadly and support him instead. 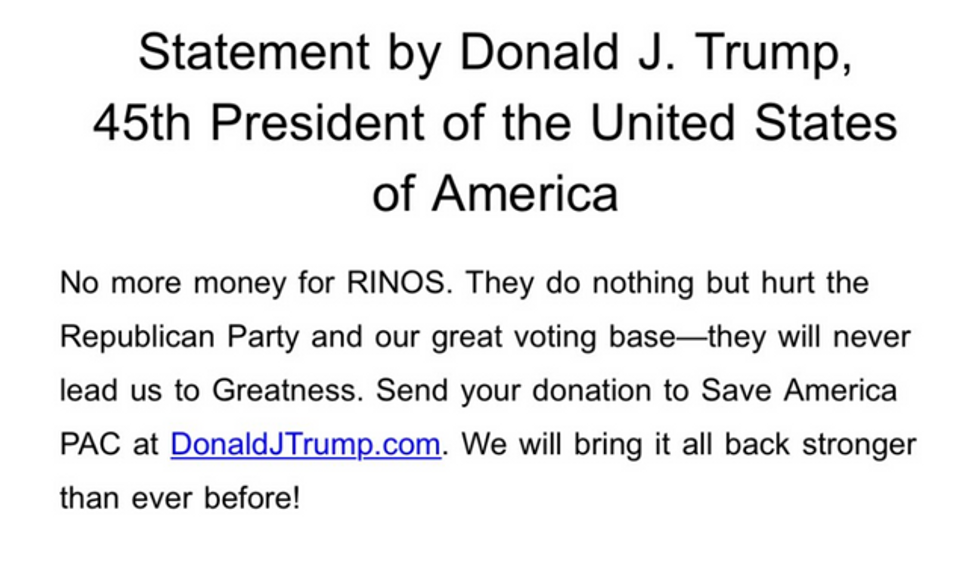 For the Republican Party apparatus, this amounts to a devastating threat. In the new message, he didn't specifically name any specific organs of the GOP, simply attacking "Republicans In Name Only" — but that just makes the threat more all-encompassing. He's essentially telling his supporters that instead of supporting the party, they should support him personally. If a substantial portion of Republican Party donors takes his call seriously, the GOP could find itself having trouble raising funds on its own.

"He didn't start his own party, which is complicated to do and be competitive, but Trump is trying to set himself up as the place where money for Republicans should go as opposed to GOP committees," said New York Times reporter Maggie Haberman.

Election law expert Rick Hasen added on Twitter: "And also to personally enrich himself through very loose requirements for spending that apply to leadership PACS."

Of course, Republicans have no one to blame but themselves. They embraced him, and most refused to endorse the impeachment effort that could have barred him from running for political office again. Even after he incited the Jan. 6 insurrection, most of the party is behind the idea that he'll remain a leading figure in its ranks. They shouldn't be surprised that he wants the power and the money that flows to the party to be under his control.