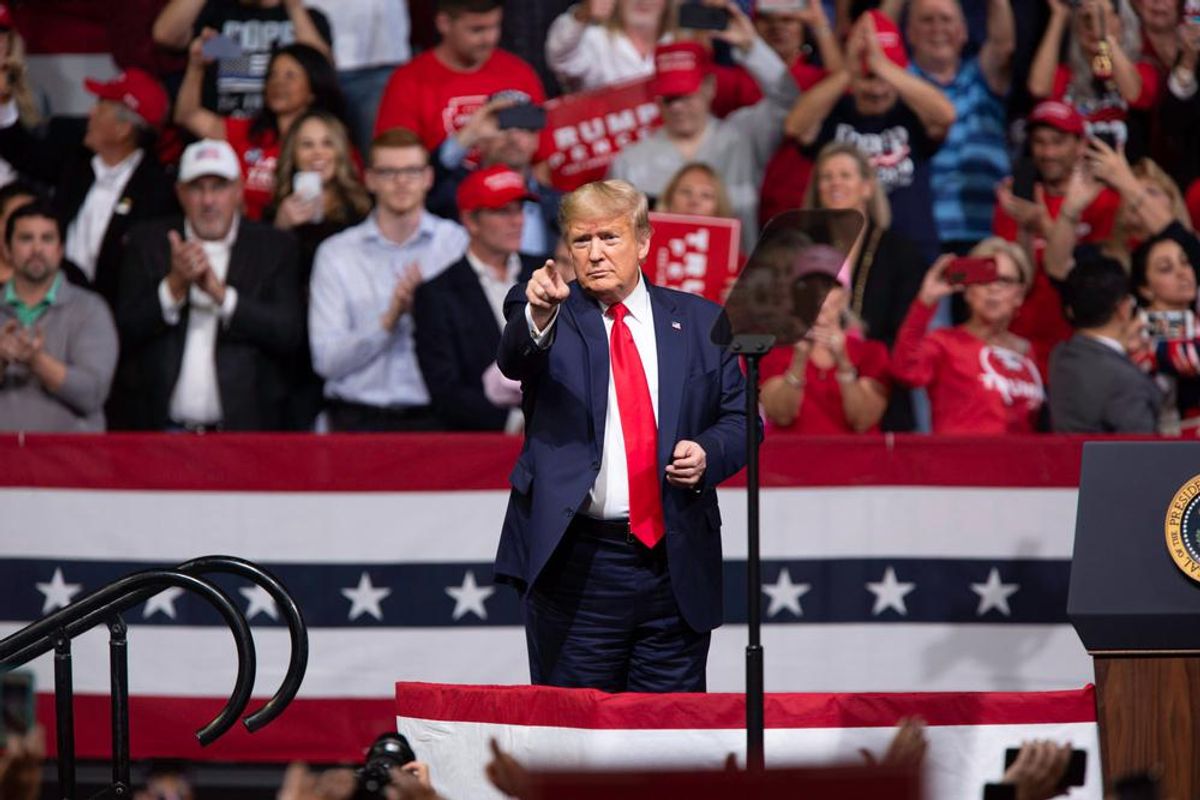 President Donald Trump still has a month before Joe Biden takes office to inflict "political vandalism" against the country he's duty-bound to protect, but it's not yet clear what further damage he might inflict.

CNN's Stephen Collinson outlined the ways he might harm the U.S. in his remaining days in office, whether through aggressive intent or passive neglect, as the coronavirus pandemic kills thousands per day and the government tries to measure the scope of a massive cyberattack likely carried out by Russia.

"These infractions add up to the dereliction of presidential duty on a grand scale," Collinson wrote. "It is impossible to imagine any other president of the modern era behaving in such a way or for either of the political parties to tolerate his abuse of power. Former President George W. Bush's neglect during Hurricane Katrina in 2005 seems tame by comparison.The current President's anti-democratic behavior since the election is validating the fears of critics -- and more than 80 million Biden voters -- who worried about his unchained behavior in a second term. Like many fading strongmen leaders, his antics are becoming more unhinged as the prospect of losing power becomes tangible."

White House staffers fear what he might do next, as Trump plots madcap schemes to remain in power, and even staunch defenders like Attorney General William Barr are stepping away from an inner circle that's increasingly made up of crackpot conspiracy theorists, Collinson wrote.

"The fact that a defeated President is even hearing theories about imposing martial law in the Oval Office is unfathomable in the world's oldest, most influential democracy," Collinson wrote. "Were it not for the outrageous assaults on the rule of law over the last four years and the evidence of a presidency tethered to the erratic personality of Trump, it would not be at all believable."

"Trump's loss of composure is grave enough from a domestic point of view," he added. "But it sends a signal to U.S. adversaries of a vacuum of leadership. His bizarre refusal to endorse his government's assessment that Russia is behind the cyberattack suggests there is a 30-day window of impunity for enemies dedicated to tarnishing U.S. national interests. The thought of an agitated, emotional President faced with any sudden foreign policy crisis is not a reassuring one."