A Republican congressional candidate whom former President Donald Trump endorsed got into a text message spat with Trump's one-time Acting White House Chief of Staff Mick Mulvaney this week after he swiped at her campaign in a news interview.

“She’s not the best candidate by any stretch of imagination," Mulvaney, an ex-Congressman who supports incumbent United States Representative Nancy Mace (R), told NBC News on Sunday. "And I guess it’s enough for Donald Trump that she’s not Nancy Mace."

Screenshots of the exchanges between the South Carolina natives were obtained by The State and published on Wednesday.

“You really are a true piece of sh*t,” Katie Arrington, a former state legislator and Defense Department official in the Trump Administration, wrote to Mulvaney, triggering a string of back-and-forth jabs.

“Ha! You have no idea. What did I do now?” Mulvaney replied.

“You’re just not the person I thought you were and I guess that is what it is good luck Godspeed don’t worry I’ll keep all those text From back in 2018 and I’ll let you talk to me about while we work together in the Trump administration I won’t make those public and make you look like a jack ass," she continued. “Because then you really would look like the piece of sh*t that you turning out to be.” 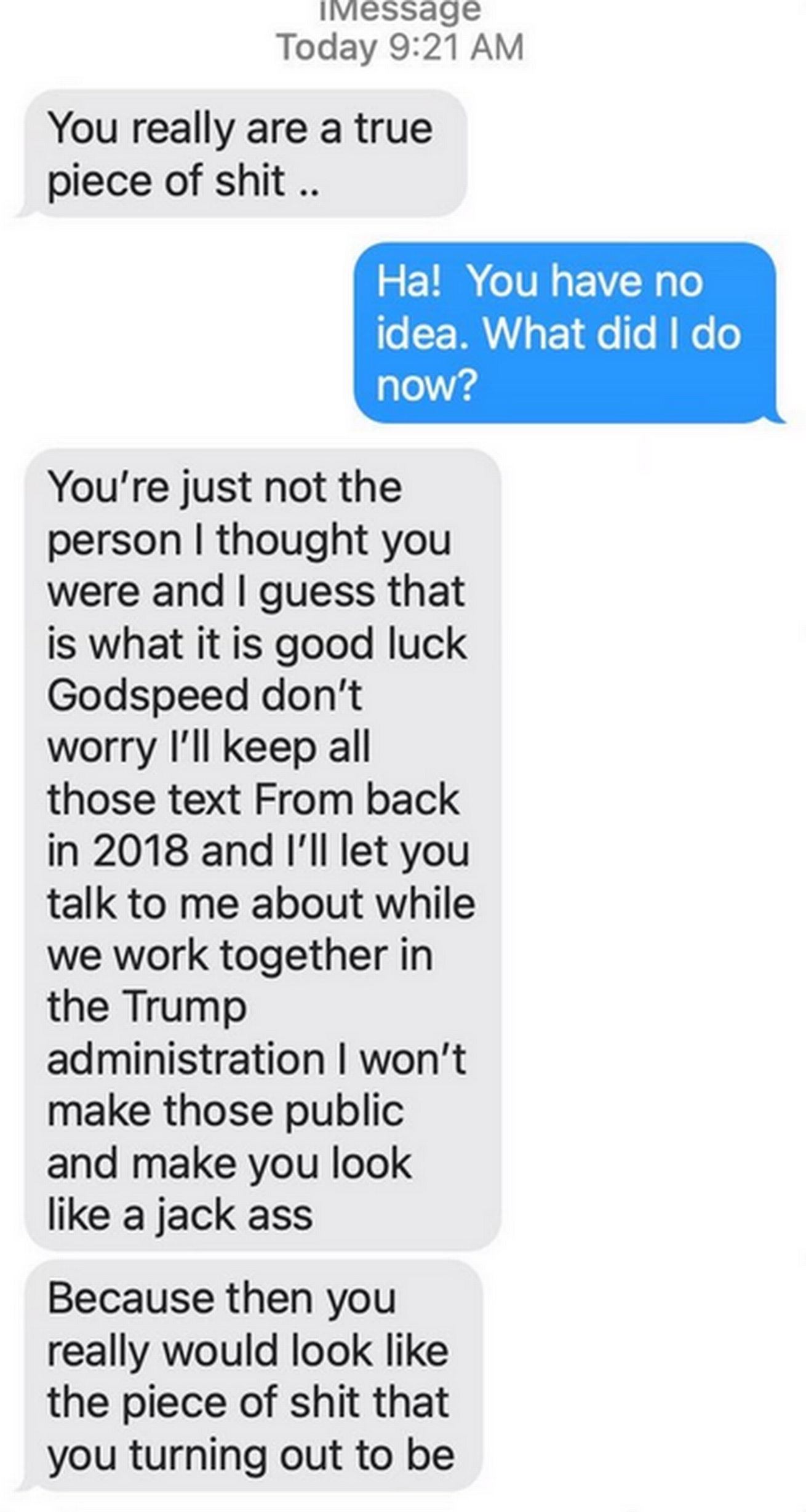