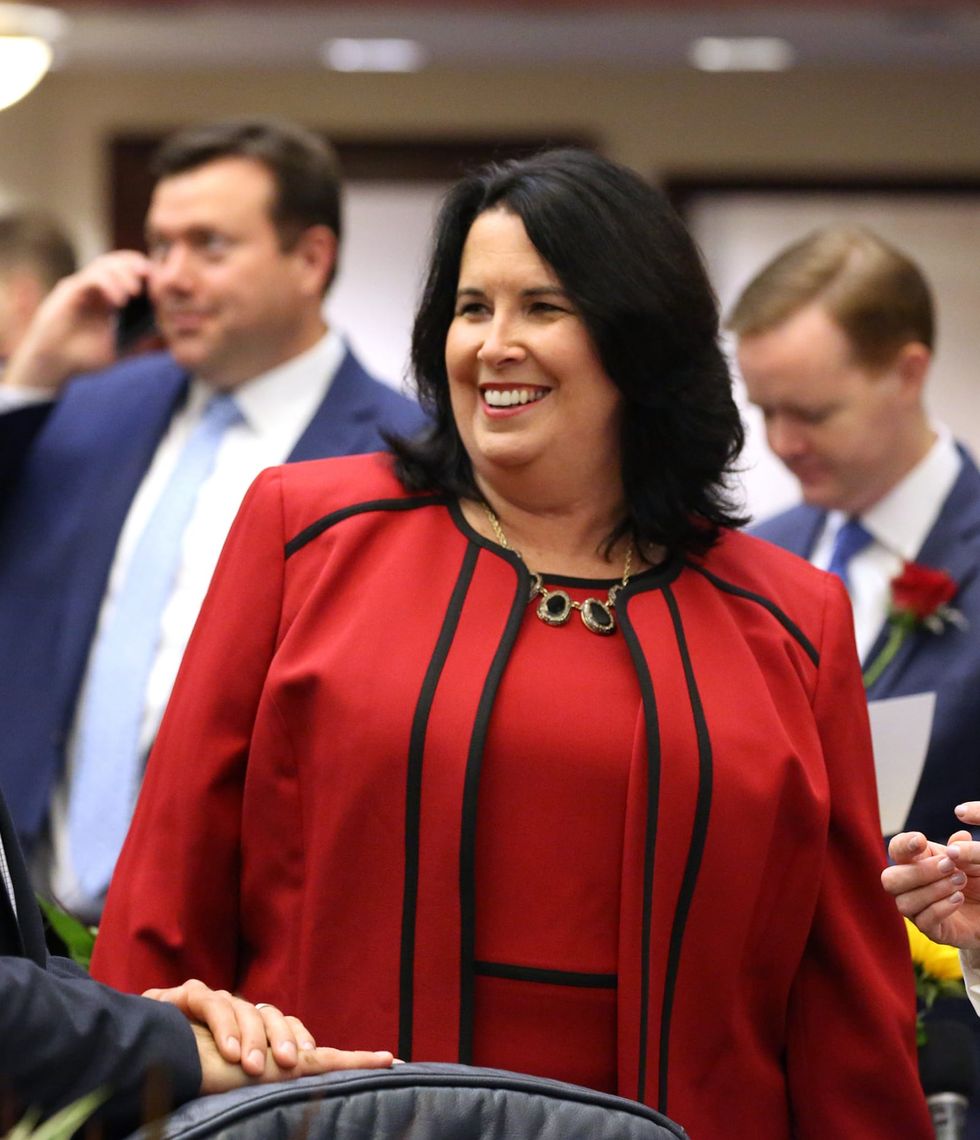 In this photo from Jan. 14, 2020, Florida Senator Kelli Stargel, R- Lakeland, greets other Florida lawmakers on the first day of the 2020 session in Tallahassee. - Scott Keeler/Tampa Bay Times via ZUMA Wire/TNS

ORLANDO, Fla. — A daughter of state Sen. Kelli Stargel is urging Floridians not to vote for her mother, posting a social media video that slammed the Lakeland Republican’s stance on LGBTQ and abortion issues. Hannah Stargel, 28, uploaded the TikTok clip as her mother faces a hotly contested campaign for U.S. Congress, becoming the second Stargel daughter to publicly oppose her political positions. The video titled “do not vote for the worst mom ever” had garnered more than 16,700 likes as of Monday. Hannah Stargel, who is gay and a registered Democrat, criticized her mother’s support of a 15-w...