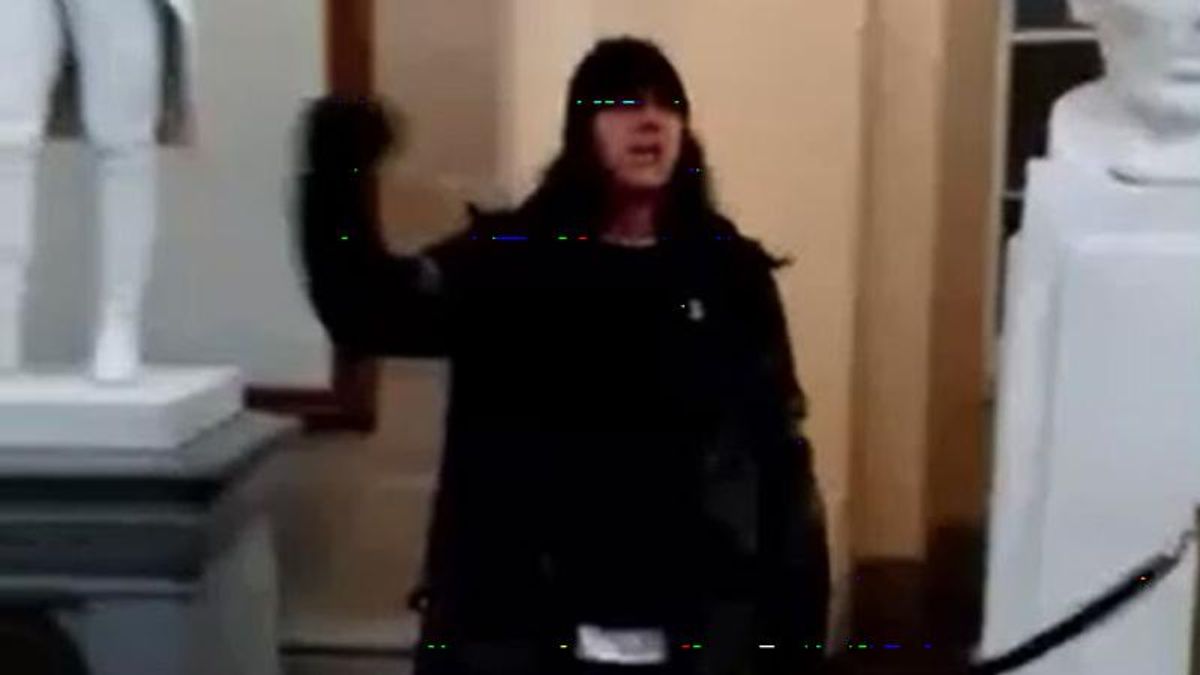 The two men attempted to distance themselves from what Wangler described as "a crazy mob" that they saw clashing with police on their way to the Capitol. The FBI criminal complaint stated:

"Both Wangler and Harrison stated they watched the crowd by the scaffolding for a short time, then decided to go around to the other side of the U.S. Capitol building to get away from the violent activities. Wangler advised that as they were walking around to the other side, he saw a man pounding on one of the building's windows and he told the man to "knock that shit off." Wangler further advised that the atmosphere on the other side of the building was peaceful and no one was doing anything violent."

If one believes the pair, they did have an inkling they were in the wrong place at the wrong time once inside the Capitol.

"Wangler stated that he asked the officer if they were going to get in trouble for being inside the building. According to Wangler, the officer shrugged and said something to the effect of, "It doesn't matter now."

Wanger is identified by the FBI as "pumping his fist and shouting USA" while "standing between white marble sculpture of John Stark and a white marble bust of Abraham Lincoln in the Crypt of the U.S. Capitol building."

And there was this:

"Both Wangler and Harrison identified Harrison as the individual depicted in the still image from video footage of a camera in the Senate Wing of the U.S. Capitol building wearing a white baseball-style hat and distinctive jacket with red and white stripes on the sleeves. Harrison stated that he was…wearing a New England Patriots jacket, which he intentionally chose for the rally because of its patriotic colors."

You can read the FBI criminal complaint here.
Report typos and corrections to: corrections@rawstory.com.
READ COMMENTS - JOIN THE DISCUSSION