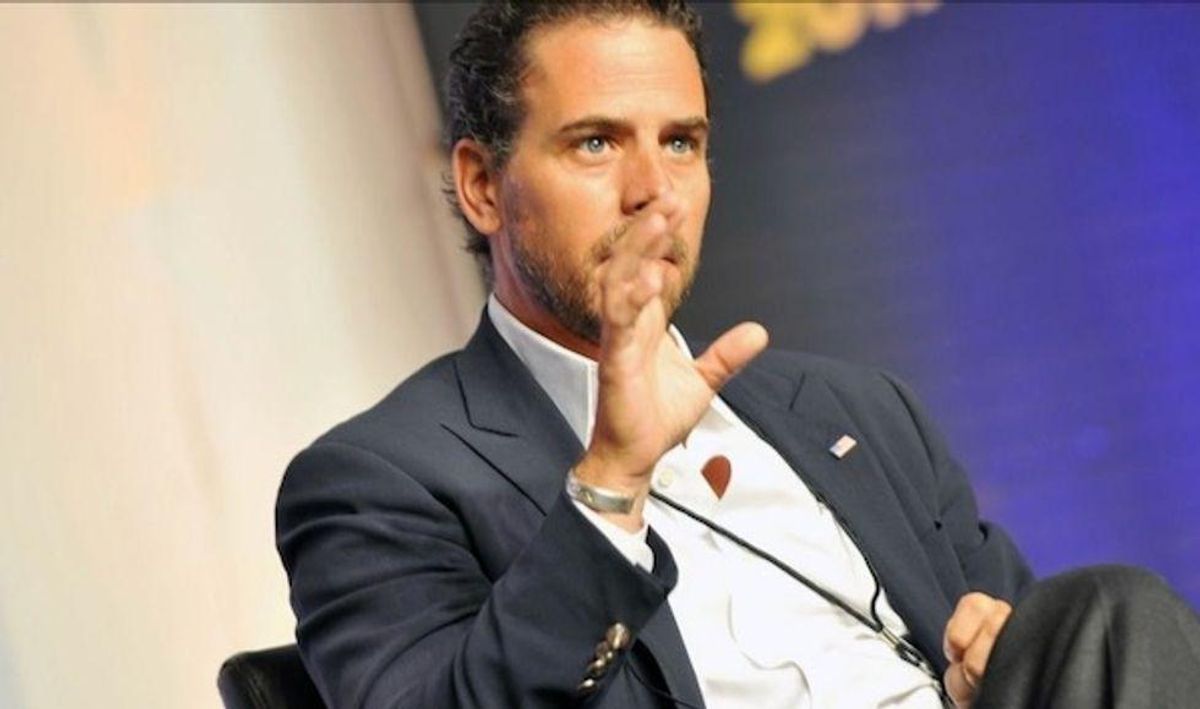 President Joe Biden's son Hunter opens up about his struggles with drug and alcohol addiction in a memoir out next week, according to extracts released to US media.

"I've bought crack cocaine on the streets of Washington DC, and cooked up my own inside a hotel bungalow in Los Angeles," he writes in "Beautiful Things," according to The New York Times.

In the memoir, out April 6, Biden recalls how he bought crack from a homeless addict who later moved in with him.

"The relationship was symbiotic," the 51-year-old writes. "It was two crack addicts who couldn't find their way out of a paper bag. A one-act crack farce."

The president's sole surviving son details an incident in 2016 when he went looking to buy drugs at a homeless camp in Los Angeles.

"I went through and stepped around people curled up on thin pieces of cardboard. Beyond them, I noticed a tilting, unlit tent. It was pitch black. All I saw was the gun pointed at my face," he writes.

Biden, a frequent target of conservative ire in the United States, was discharged from the Navy Reserve in 2014 after a positive test for cocaine.

In "Beautiful Things," published by Gallery Books, an imprint of Simon & Schuster, Biden recalls a time when he was "so desperate for a drink" that he couldn't walk one block from the liquor store to his home "without uncapping the bottle to take a swig."

He describes how he started drinking heavily in his 20s, went to rehab and relapsed after his brother died of brain cancer in 2015 at age 46

Hunter, now sober and an artist based in Los Angeles, also recalls the car crash that he and Beau survived in December 1972.

The crash, which happened just weeks after their father was first elected a US senator from Delaware, killed their mother and baby sister.

"Suddenly, I see my mother's head turn to the right," he writes. "I don't remember anything else about her profile: the look in her eye, the expression of her mouth. Her head simply swings," he writes.

Hunter, who has enjoyed unwavering love and support from his father, became a regular focus of Donald Trump's attacks ahead of the November 3 vote for his business dealings in Ukraine and China.

In the book, he insists he did "nothing unethical" and disputes allegations he displayed a lack of judgement in sitting on the board of energy company Burisma.

"The episode that led to the impeachment of a president and landed me in the heart of the decade's biggest political fable is most remarkable for its epic banality," Biden writes.