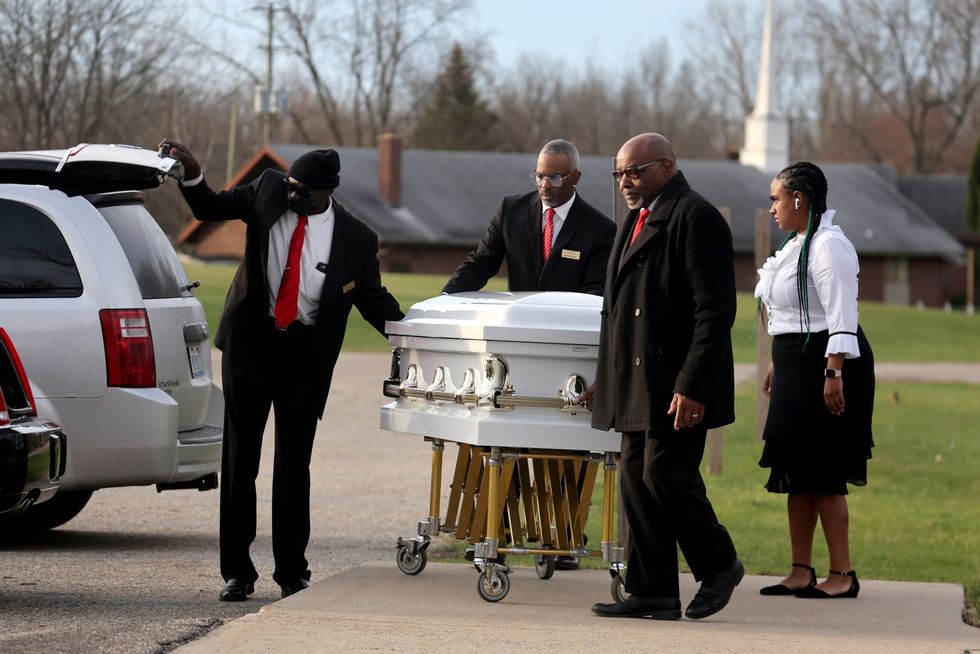 The remains of Patrick Lyoya arrive at Renaissance Church of God in Christ for his funeral service on April 22, 2022, in Grand Rapids, Michigan. - Scott Olson/Getty Images North America/TNS

GRAND RAPIDS, Mich. — The Rev. Al Sharpton has been here before. So has Ben Crump, a civil rights attorney. On Friday, they attended yet another funeral for a Black man killed by a police officer. But this was a new experience for Peter and Dorcas Lyoya. The person being buried was their 26-year-old son. Patrick Lyoya was fatally shot April 4 by a Grand Rapids officer during a traffic stop. The Lyoyas have joined a fraternity nobody wants to belong to, Sharpton said during the Friday funeral. “(Lyoya) ran into an America that we know too well,” he said during a fiery speech. “Enough is enough....