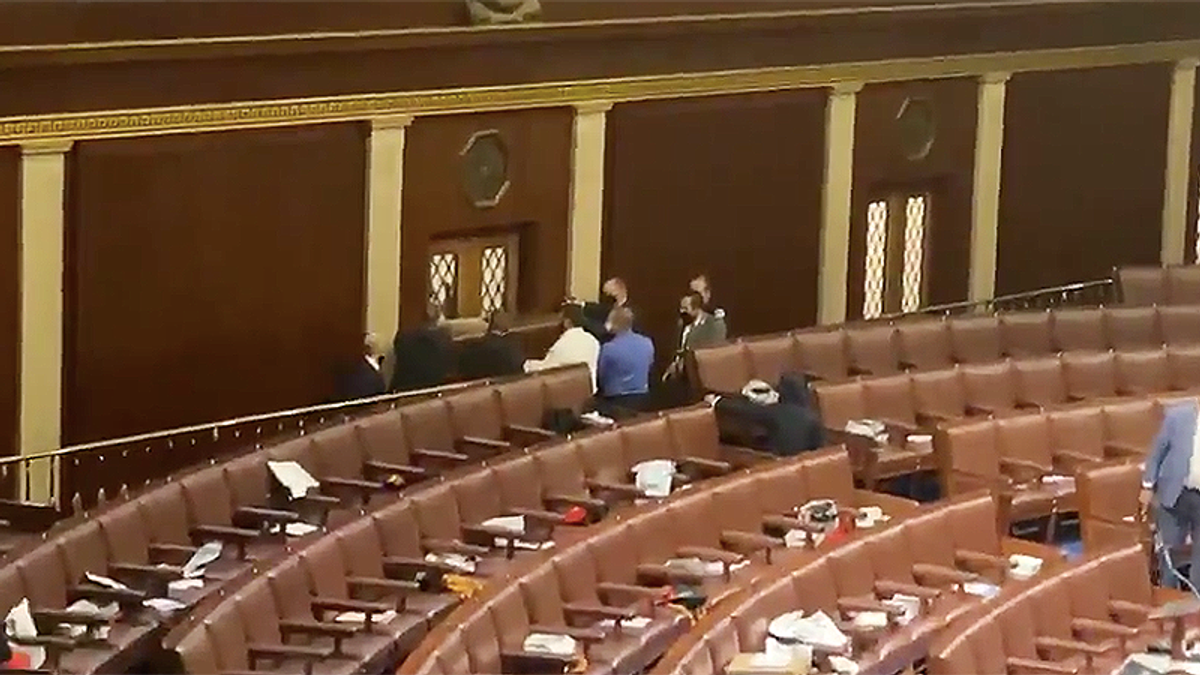 Rep. Lois Frankel (D-FL) was worried about COVID-19 and left the balcony. Moments later she and Rep. Grace Meng (R-NY) were in an empty lounge on the phone with her Marine son who explained how to block the door.

"From inside the room, they heard chanting, yelling, and stomping as the rioters streamed right past the lounge. They texted their family members and staff," wrote Slate. "Frankel gave a live interview to a West Palm Beach, Florida, NBC affiliate, her voice lowered to just above a whisper."

Together the lawmakers worked out a story that they were secretaries.

"But what actually scared me more was what would come after, when they opened the door and realized that I was a minority, a woman of color," Meng said. "I was scared what they would do to me if they [saw] what I look like."

It has been two months since the attack and some lawmakers are still terrorized, explained NBC News reporter Sahil Kapur during a PBS appearance Monday.

"Relations here are worse than I've ever seen them in my 12 or so years covering Capitol Hill...The big catalyst for this, of course, was the January 6th siege by supporters of President [Donald] Trump and the fact that more than half of the House Republicans decided to vote to overturn the election ," he explained. "Some members are afraid of literally doing their jobs."

He cited Rep. Stephanie Murphy (D-FL), who is a conservative Democrat and leader of the Blue Dog Coalition, known for working to create compromises with Republicans. According to Kapur, Murphy said that Republicans are now a national security threat.

"If they gain power it would be dangerous for American democracy and thus they need to be kept out," he said, noting that it was shocking to hear from someone who is so centrist.