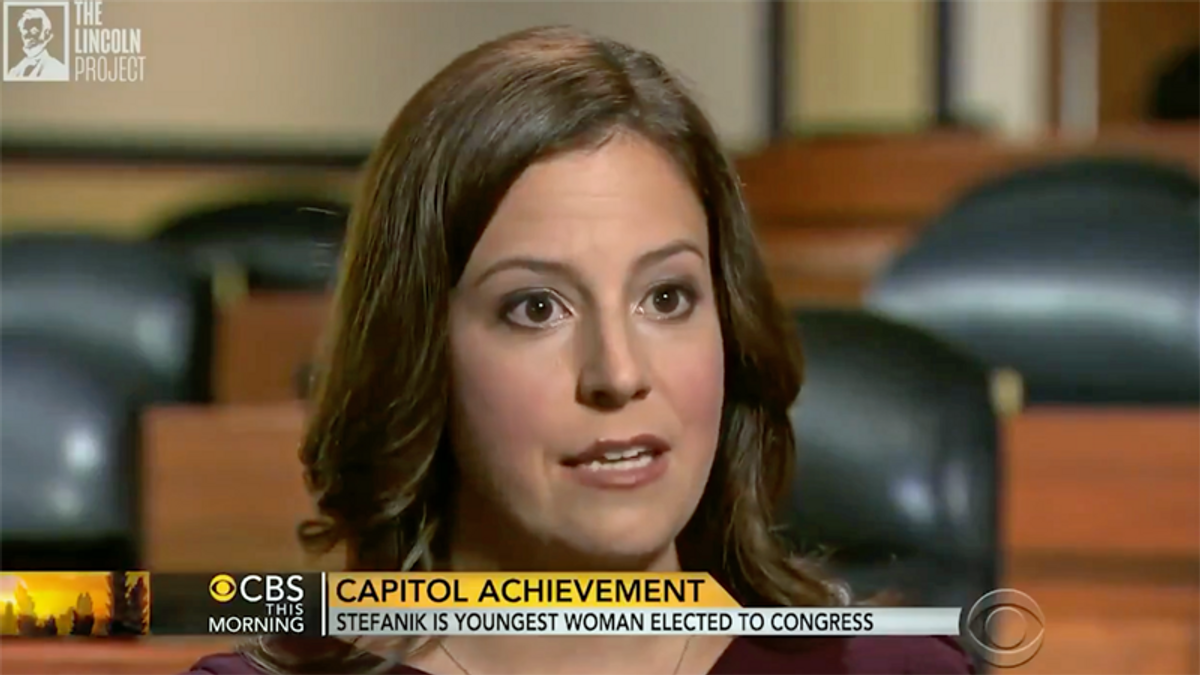 Past statements from Rep. Elise Stefanik (R-NY) were resurfaced in a hard-hitting new video by The Lincoln Project.

"I'm committed to being a uniter and a bridge builder," Stefanik said in one clip.

"I bring, I hope, a sunny side of optimism to Congress and a willingness to work with people," she said in another clip.

The group noted her opposition to Trump's Muslim ban, border wall, and comments critical of the infamous Access Hollywood tape.

"And the best reflection of where the GOP is right now, is they are about to knock out a principled woman for crap. Donald Trump brought the gold toilet into the RNC and everyone thinks it's a pool and they're just diving in," he explained.