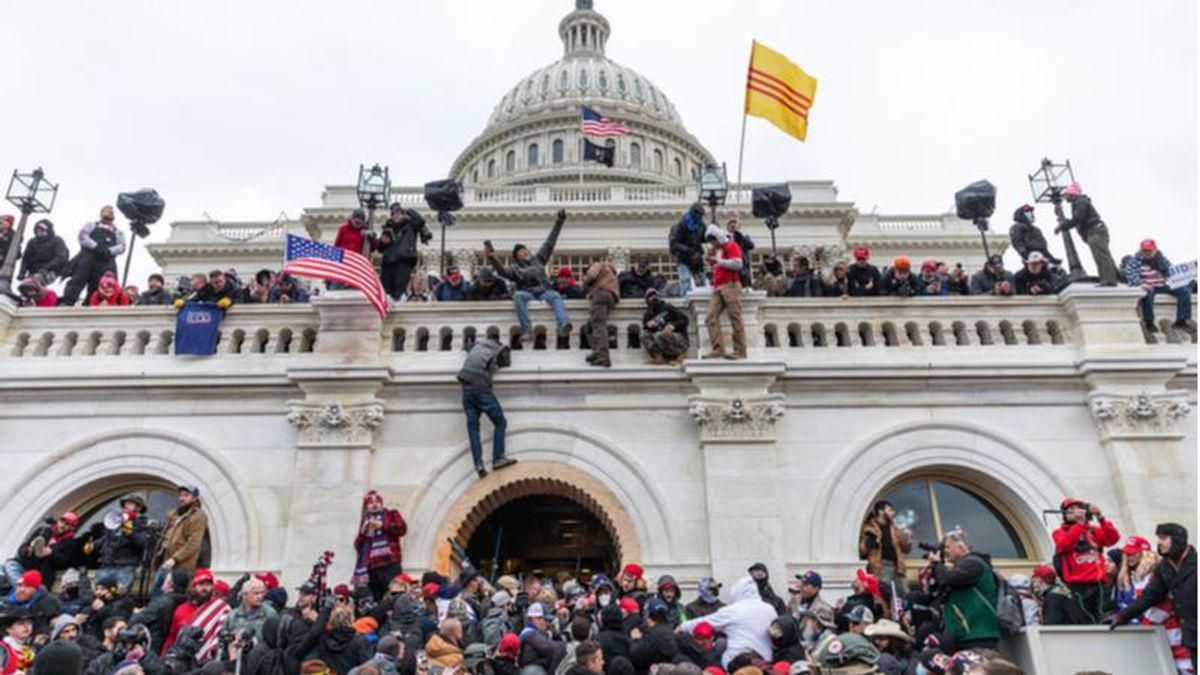 A supporter of former President Donald Trump who wrote an editorial defending the January 6th riots at the United States Capitol building never once mentioned that he was in the Capitol while the riots were taking place.

Politico reports that Elliot Resnick, chief editor of the New York-based Jewish Press, was caught on camera at the Capitol during the MAGA riots, as he "is visible in a video taken during the siege as he crosses the Capitol Rotunda, just behind a small group of police clad in tactical gear."

Over two months later, Resnick publicly defended the riots at the American Thinker blog by using false claims about the 2020 election being stolen from Trump.

"Democrats keep on declaring that never again can this country see its Capitol overtaken by a mob," Resnick wrote. "Well, there's an easy solution for that. Don't steal elections in plain sight, and maybe ordinarily law-abiding citizens won't snap."

Resnick has not so far been charged with any crimes related to his presence at the MAGA riots and the footage obtained by Politico does not show him engaged in any violence.