‘Circus barkers’ running for Senate in Missouri prove the GOP is insane: columnist 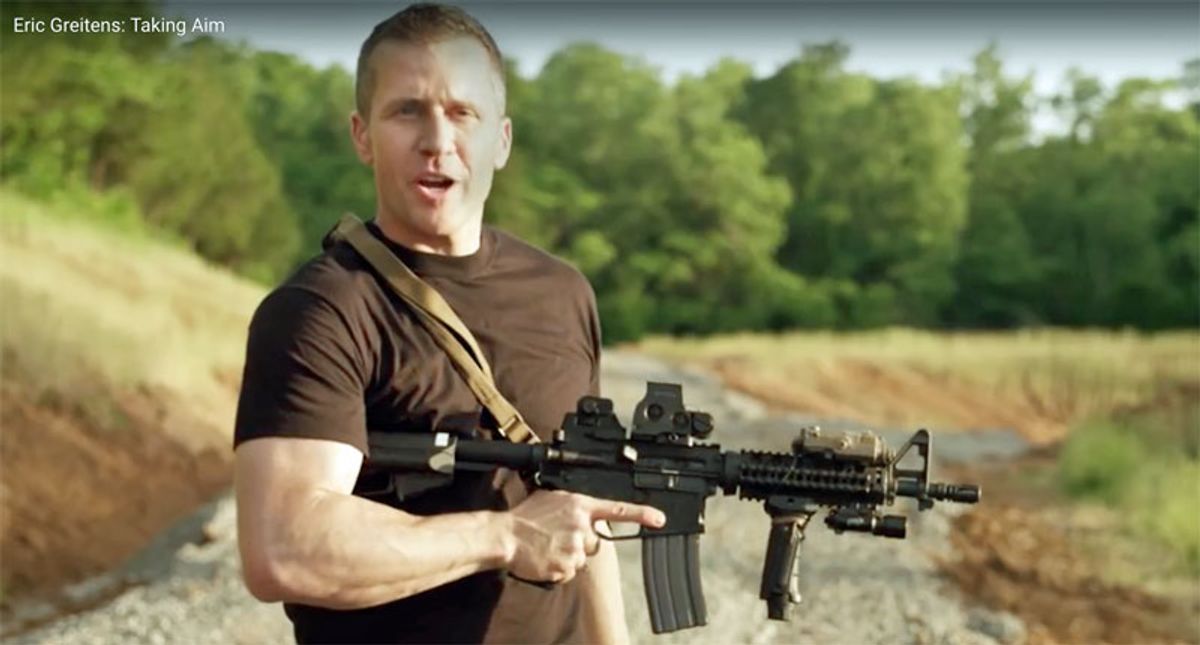 With Sen. Roy Blunt retiring, Missouri Republicans are expected to decide the 2022 election in the GOP primary. But the candidates throwing their hats in the ring are seen as emblematic of the lunacy in the GOP, according to a new column by St. Louis Post-Dispatch columnist Kevin McDermott.

"It's come to this: Senate Republicans are on track to prevent a formal inquiry into the Jan. 6 Capitol riot. The party that once made patriotism its brand has now become an accessory after the fact (and in some cases, before the fact) in the worst domestic attack on the U.S. government since the Civil War," McDermott wrote.

He suggested that the answer to how the GOP got this way could be explained by looking at the Republicans running for the open Missouri Senate seat.

"Eric Greitens was elected Missouri governor after making national news for a campaign ad in which he fires a machine gun into a field for no apparent reason. He made national news again, two years later, with his crash-and-burn exit from office under allegations of political corruption and personal depravity. Greitens thinks this qualifies him for the Senate. Donald Trump's inner circle agrees," he wrote. "Eric Schmitt's brief tenure as Missouri's attorney general has been notable for his filing of silly, doomed lawsuits, including one against China, in pathetic pursuit of headlines."

"Mark McCloskey waved a gun around at protesters who were walking peacefully past his house, and then — well, actually, that's it, that's his entire political résumé. He's the quintessential MAGA candidate. Meaning, a lying blowhard who's facing felony charges," he explained. "What they all have in common is that their respective pitches have little to do with policy and everything to do with ideological showmanship. Each would be a good fit with a national GOP that has dropped all pretense of responsible governance to embrace a party-wide howl of paranoia, grievance and bile."

He suggested Trump is at the heart of the rot in the Missouri Republican Party.

"Like so much of the GOP's pathology today, the fact that the state's Republican voters next year will have to choose between three guys vying to howl the loudest can be laid largely at Trump's gold-plated doorstep. Even now, the narcissistic ex-president brutally enforces a decree that policy means nothing, that personal loyalty to him is the first, last and only prerequisite for relevance in the Republican Party," he explained.

"McCloskey is the only one of the three candidates who has never held political office — and the only one to get a speaking role at last year's Republican National Convention. Actual accomplishment is nice and all, but what really counts in today's GOP is doing your 'Scarface' impersonation in front of your mansion ('Say hello to my little friend!') In some ways, McCloskey is the most Trump-like of this bunch. In addition to the conspicuous display of wealth, including a home that evokes all the subtlety of a Roman orgy, the McCloskeys have a long history of suing everyone in sight: neighbors, employers, even close relatives. The couple still faces felony charges over the gun-waving incident, even as the Trump Organization is under criminal investigation in New York," he wrote.

McDermott is alarmed about the caliber of GOP candidates because they are likely to win the general election.

"All of the above notwithstanding, in today's polarized environment, a red state like Missouri simply won't elect a Democrat next year, no matter the alternative," he wrote. "Which means one of these three circus barkers is very likely going to the Senate. This is how the GOP got like this," he wrote.