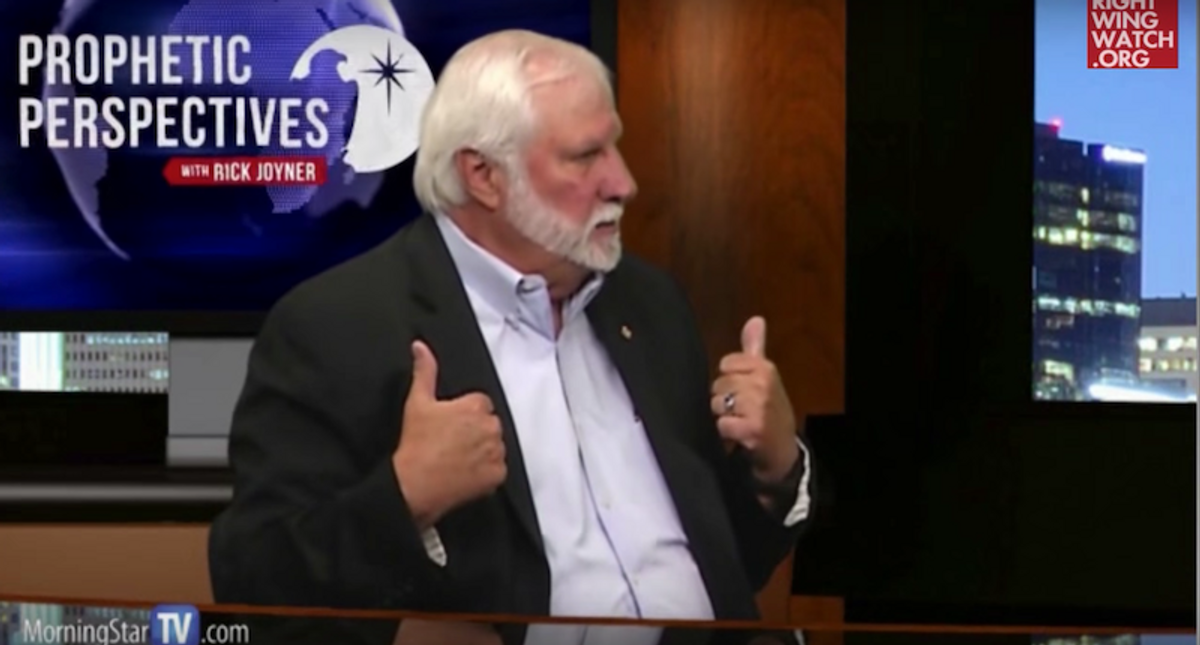 Rev. Rick Joyner is calling for Christians to buy weapons for a coming "civil war." But according to a New York Times column, the pastor is labeling his own children as being "evil." He's the same pastor who in 2016 compared Donald Trump to the disciples of Jesus. He also told his followers in 2013 that he was praying for a military coup against former President Barack Obama.

Columnist Nicholas Kristof noted in his Sunday piece that Rev. Joyner suggests liberals are allies of the devil.

"But this is the awkward part," wrote Kristof. "His five children would be on the other side of that civil war, as he and his kids all acknowledge. Just as America is torn asunder by politics and polarization, so is the Joyner family. The Joyners love each other, are there for each other — and despair for each other."

"He talks about Democrats being evil, forgetting that all five of his kids vote Democratic," his eldest child Anna Jane Joyner said. "Who is he asking his followers to take up arms against? Liberal activists? That's me."

She and her family are concerned that such right-wing rhetoric could ultimately get people killed. After the Jan. 6 insurrection at the Capitol, those demanding followers take up arms against Democrats are drawing an increasing amount of scrutiny.

"I think it's completely possible that some of my dad's followers could pick up guns and cause violence because they think they're defending the country," she said.

"I think what he does is morally wrong, but I love him," their brother Ben Joyner said. "I don't want to hurt him, but when he's spreading dangerous ideas, it gets complicated."

Kristof asked Rev. Joyner about his children in a phone call, where the pastor said he's just as frustrated with his children as they are with him.

"It's about even," he said. "One of my goals as a parent was to raise strong, independent children. But I think I overshot the runway."

Rev. Joyner spent the pandemic claiming that prayer can protect people against the highly contagious coronavirus.