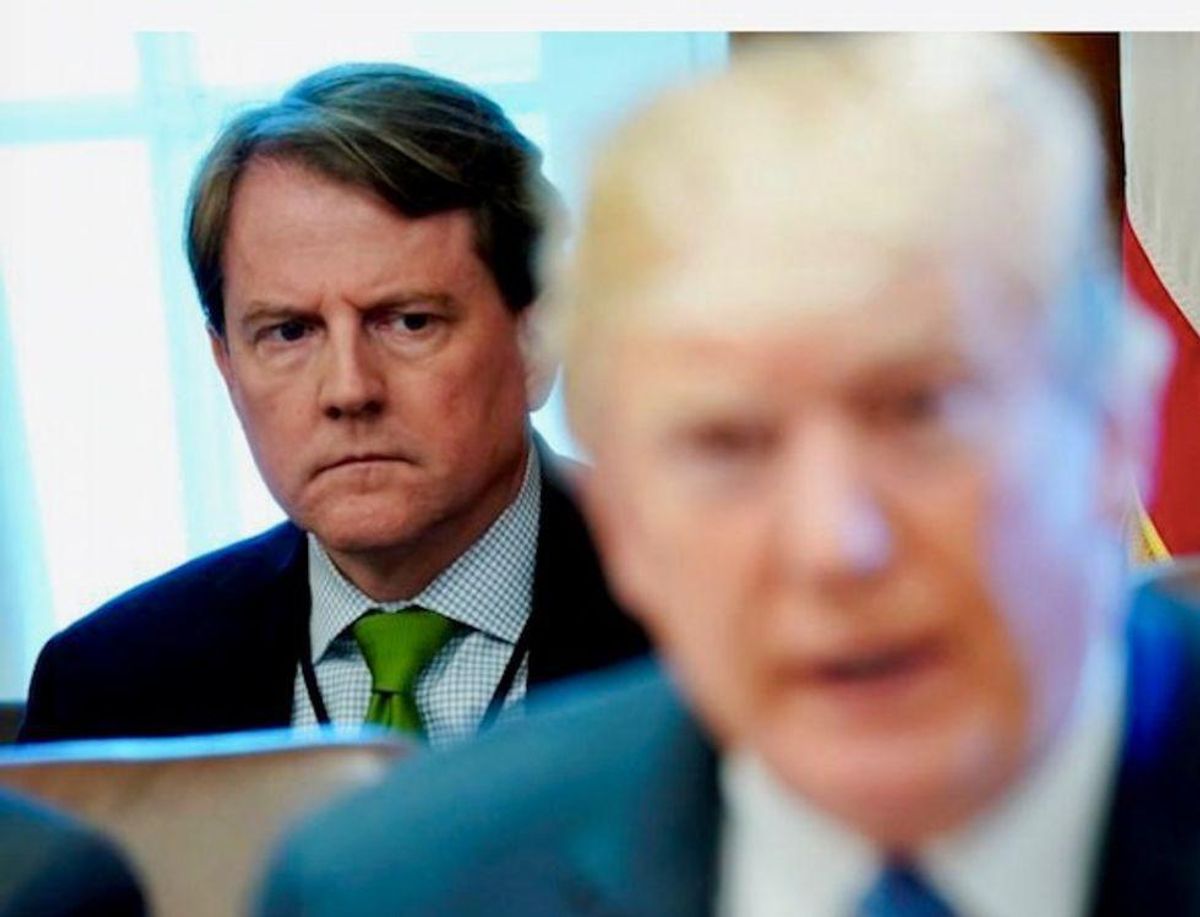 With former White House counsel Don McGahn set to speak behind closed doors to Senate Judiciary Committee members on Friday about his conversations with Donald Trump, an attorney who worked during Ken Starr's investigation of ex-President Bill Clinton claimed very specific questions need to be asked to cut through all smoke and mirrors deployed by Trump.

Speaking with CNN host Brianna Keilar, Paul Rosenzweig said Democrats hoping to get the goods on the one-term president for abusing his power need to get answers to five pointed questions.

After posting the question on-screen for CNN viewers, Keilar began, "You would ask: did Donald Trump ask you to not take notes or to destroy notes you had taken in a meeting? What could stand to be gained here from an answer to that question, do you think? "

"Well, we know from the Mueller report that President Trump is alleged to have asked Mr. McGahn to destroy notes that he took of a meeting that they had, and to have asked him to stop taking notes," the senior counsel to Starr explained. "He [Trump] said that attorneys don't take notes and McGahn said, 'no, I'm a good attorney, I do take notes,' and reportedly Trump said 'but Roy Cohn never did.'"

"This would establish that McGahn testified truthfully to Mueller and also that Trump, in fact, tried to change the historical record of what he did and that in some context could form a basis for an obstruction of justice prosecution," he added.

"And then it would be, 'did Trump ask you to have Mueller fired?'" the CNN host prompted.

"That's what was underlying these notes is the story that, on at least two occasions, Trump called Mr. McGahn and asked him to talk to Rod Rosenstein, who was then the acting attorney general of the United States, and have Rosenstein have Mueller removed because of alleged conflict of interest which nobody thought were real," Rosenzweig explained.

"In addition to destroying old notes, Trump is said to have asked McGahn to create a fake record of denying that the first things had happened, that he asked to have Mueller fired," he continued. "He [Trump] said 'I want you to write notes that say President Trump never actually asked me to do that,' which would have been an extreme example of obstruction."

The attorney went on to point out, "President Trump has a history of using people outside of the executive branch like Cory Lewandowski to do a lot of his work. So this would establish a basis, a premise, for finding other witnesses to what Mr. Trump had done. Now some of this may very well be old news but it's good to establish a factual record of what actually happened."