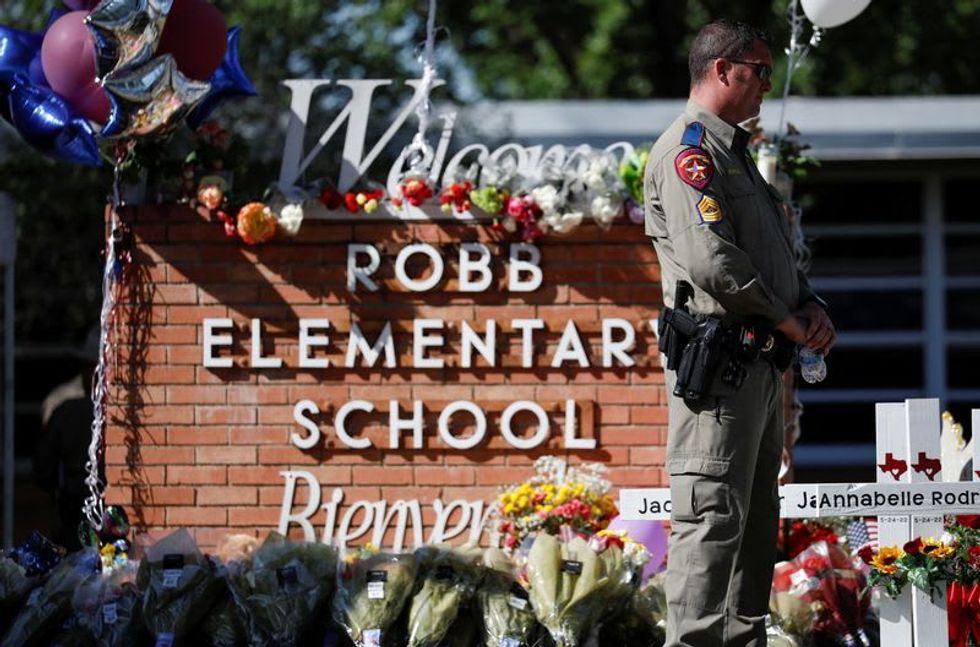 (Reuters) - A shooting at a Texas elementary school that killed 19 children and two teachers has revived a push for new gun safety laws in the United States, which has more firearms than people and more permissive gun laws than many other high-income countries. Over 200 mass shootings have been reported in the United States in 2022, according to the Gun Violence Archive, a nonprofit research group. More than 45,000 people died from gun-related injuries, including suicides, in the United States in 2020, according to the U.S. Centers for Disease Control and Prevention (CDC). Stricter gun laws ha...

Christian preacher: If God tells you to commit murder you should probably do it

Christian preacher Mike Winger, who heads an online ministry, was asked recently by a caller about people who kill and later say "God told them to do it," in reference to a Bible story where Abraham was asked by God to sacrifice his son, only to have God later tell him it was just a test of his faith.

As the Friendly Atheist's Hemant Mehta points out, Winger responded to the caller saying that one should always obey God, even if God orders are to kill.

Herschel Walker keeps mixing up his story as he tries to fend off abortion scandal: columnist

On Friday, writing for MSNBC's MaddowBlog, columnist Steve Benen outlined how NFL veteran and Georgia GOP Senate candidate Herschel Walker can't keep his own story consistent as he tries to defend himself against the bombshell report that he secretly paid a woman he impregnated to have an abortion — and is in cases even confirming details of the story that the reporters had kept out for privacy reasons.

"I’m occasionally reminded of a brutal paragraph Politico published in August, summarizing the GOP candidate’s background," wrote Benen. "Walker, Politico noted, “has lied about his educational achievements, his participation in law enforcement and the FBI, the size and success of his business ventures, and the number of children he has. ‘He’s lied so much that we don’t know what’s true,’ a Walker adviser told The Daily Beast. ‘I’m going to blow your f’ing brains out,’ he once told his ex-wife, according to his ex-wife. He told an ex-girlfriend in 2012 that he was going to ‘blow her head off’ and then ‘blow his head off,’ according to the ex-girlfriend."

According to a new book that documents how the Republican Party leadership worked behind the scenes with Donald Trump's legal team during both of his impeachments, Politico's Rachel Bade and the Washington Post's Karoun Demirjian report that Sen. Ted Cruz (R-TX) warned his GOP colleagues that there was no doubt by anyone in the Senate that the former president had engaged in at least one impeachable offense.

In the book, "Unchecked: The Untold Story Behind Congress’s Botched Impeachments of Donald Trump,” Bade and Demirjian documents GOP squabbles behind the scenes over defense strategy with Sen. Lindsey Graham (R-Sc) once storming out and exclaiming “We are F*CKED. We are F*CKED!”