Family of Anthony Alvarez struggles with his public death 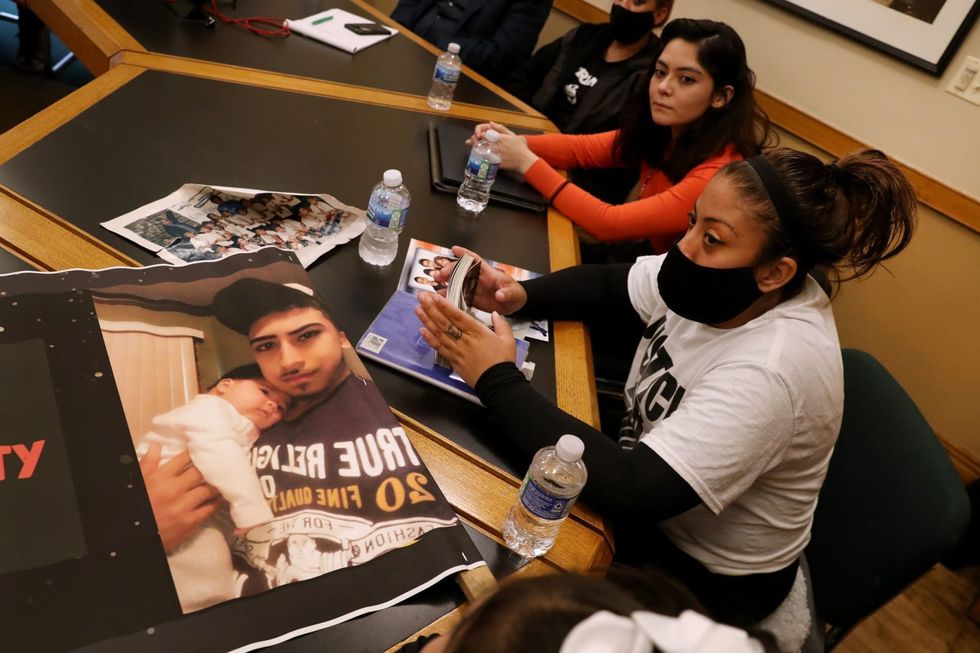 Veronica Alvarez sits beside photographs of her son, Anthony Alvarez, during an interview in downtown Chicago on May 8, 2021. - Chris Sweda/TNS

CHICAGO — It was just after midnight on March 31 when Anthony Alvarez’s brother reached out to him to see if he was OK. Alvarez, 22, left his brother’s Northwest Side home with plans to grab food and head to his own house but had yet to check in as he promised. “You home?” his brother texted at 12:05 a.m. “Almost,” came the response from Alvarez. About 15 minutes later, Alvarez lay bleeding on a Northwest Side sidewalk. His cellphone was still in his hand after he was fatally shot by a Chicago police officer, marking the second time in as many days that Chicago police had killed someone during...