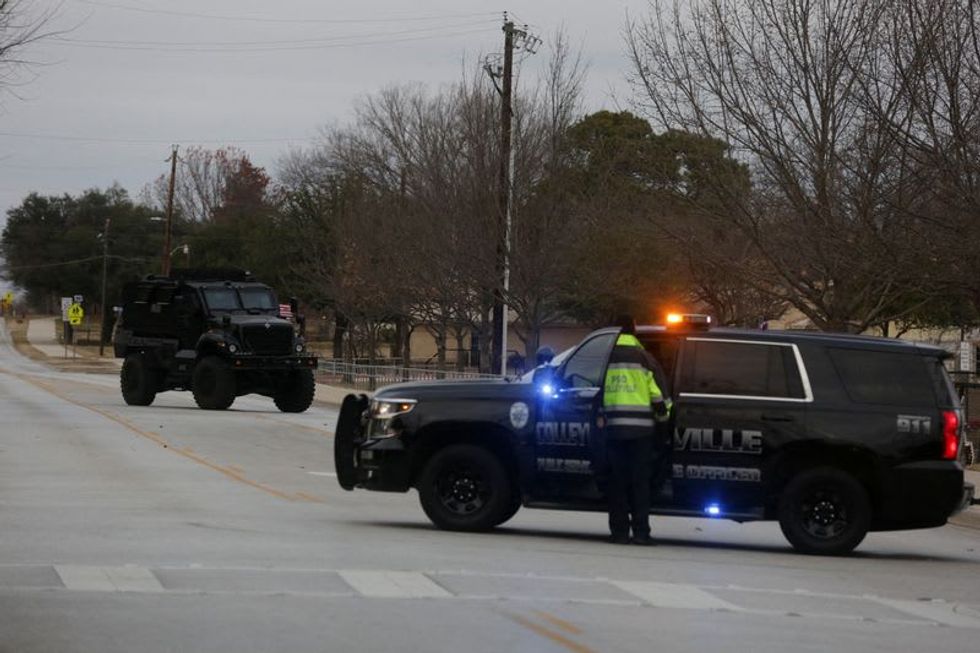 By Shelby Tauber and Daphne Psaledakis COLLEYVILLE, Texas (Reuters) - An FBI Hostage Rescue Team stormed a synagogue in Colleyville, Texas on Saturday night to free three remaining hostages of a gunman who had disrupted a religious service and began a standoff with police more than 10 hours earlier. All the hostages were safely released on Saturday night and the gunman was dead, Colleyville Police Chief Michael Miller said at a news conference. The gunman had initially taken four people hostage, including the rabbi, at the Congregation Beth Israel, officials said. One hostage was released unha...