Ex-Trump official charged in Capitol riot was given top-secret security clearance despite his criminal record: report 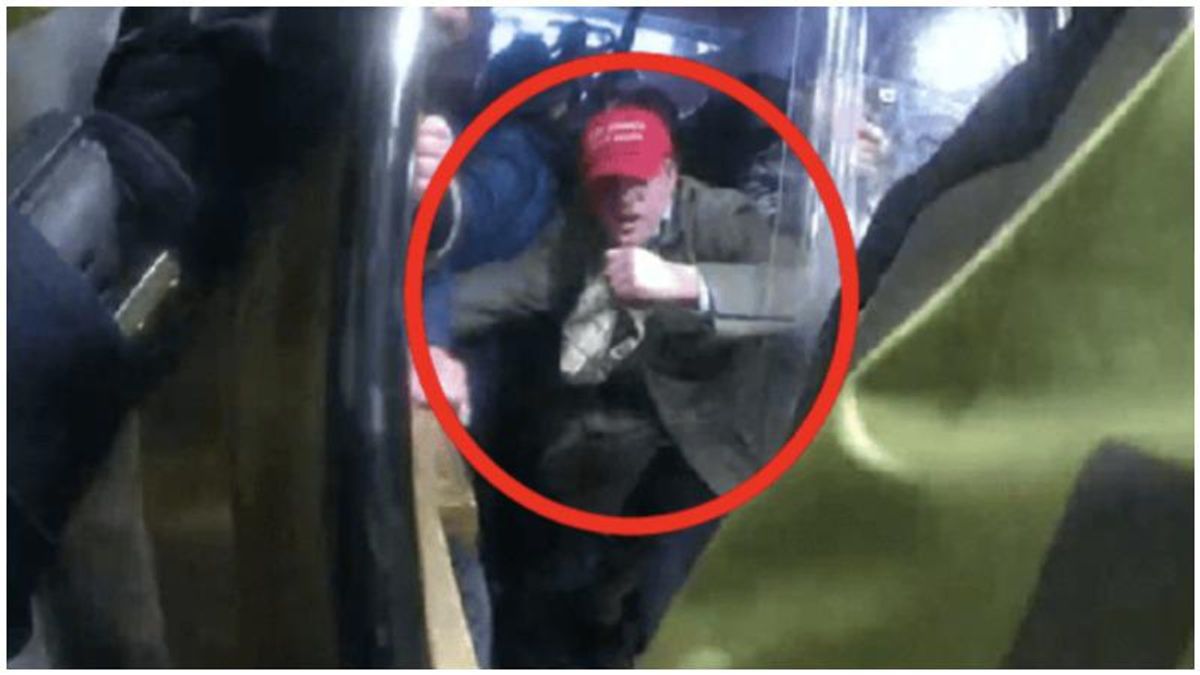 A former State Department official who was arrested and charged for participating in the riot at the U.S. Capitol on Jan. 6 has a history of run-ins with the law, VICE News reports.

In one of those run-ins, Federico "Freddie" Klein allegedly assaulted a woman and stole two items from her car during an altercation in 2013, just under four year before he joined the Trump administration as a political appointee.

The incident took place during Klein's days as an anti-abortion activist. Carol Anderson, who volunteered with the anti-abortion group American Life League, told police at the time that she had an argument with Klein that turned physical.

"Things came to a head, she said, when Klein forcefully reached into her car and rooted around for a three-ring binder as she unsuccessfully tried to fend him off from the driver's seat," VICE reports. "She said she was in a neck brace, and he physically overcame her, forcing her arm to the side to reach the binder under some PVC piping she used for protest signs."

On Jan. 6, Klein allegedly used a police shield to repeatedly attack officers. He was also caught on video trying to incite rioters to continue to attack police. Prosecutors say he only stopped assaulting officers when he was subdued by pepper spray.

According to VICE, Klein was charged with public drunkenness in 2013, and "had a half-dozen minor charges in separate incidents from 1997 to 2003" before he entered the military, including driving while intoxicated, marijuana possession, and underage drinking.

This Tuesday, the court ruled that Klein had to remain behind bars because he "switched sides" and helped the rioters strike "directly at the heart of our democracy."

Despite his fairly recent assault charge, Klein was given a top-secret security clearance during his time in the Trump administration that renewed in 2019.