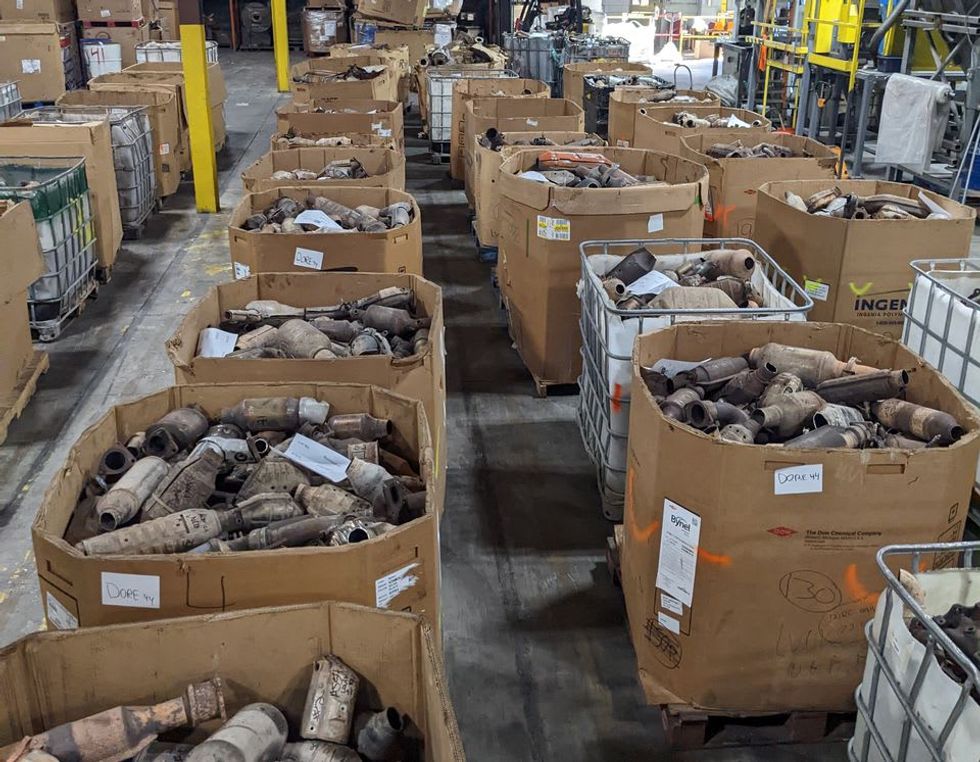 A New Jersey business knowingly trafficked catalytic converters stolen from around the country in a scheme that netted more than $545 million in illicit gains, federal authorities said as they announced twenty-one arrests targeting the alleged nationwide criminal enterprise. The takedown led to arrests Wednesday and searches in Oklahoma, Wyoming, Minnesota, New Jersey, New York, Nevada, North Carolina and Virginia, according to officials. As part of the investigation, authorities seized millions of dollars in various assets, including houses, bank accounts, cash and luxury vehicles and charged...